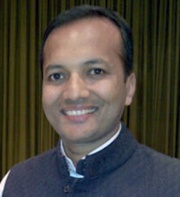 Congress leader and industrialist Naveen Jindal, former union minister Dasari Narayan Rao and former Jharkhand chief minister Madhu Koda have all been granted bail in connection with the coal scam case, but have been barred from leaving the country.

Jindal, Rao and Koda, who appeared in a Delhi court in connection with the coal scam case, were granted bail on a personal bond of Rs1 lakh, but asked not to leave the country.

Special judge Bharat Parashar directed the accused to furnish bail bonds of Rs1 lakh and a personal surety of the same amount.

They were all summoned today over alleged irregularities in the allocation of a coal mining block in Jharkhand.

The Central Bureau of Investigation (CBI) had slapped charges of collusion between Jindal and Koda, who was the Jharkand chief minister in 2006-2008 with support from the Congress and other parties, to win a coal block allocation for his firm.

The court has said that Jindal had "manipulated" the entire government machinery to score a coal block allotment in Jharkhand.

The CBI's charge sheet also showed that Jindal had played a "pivotal role" in the conspiracy to get a coal block allotted to his firms Jindal Steel and Power Ltd and Gagan Sponge Iron.

The court will hear the case next on 1 June.

The massive irregularities in allocation of coal blocks came to light in 2012 after the comptroller and auditor general of India raised fears of a Rs1,86,000-crore loss to the exchequer in the coal block allocation.