For the first time, the US Food and Drug Administration said it would allow a company to sell genetic tests for disease risk directly to consumers, providing people with information about the likelihood that they could develop various conditions, including Parkinson's and Alzheimer's. 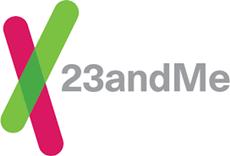 The move on Thursday is a turnaround for the agency, which had imposed a moratorium in 2013 on disease tests sold by the company, 23andMe, which is based in Mountain View, California. The decision is expected to open the floodgates for more direct-to-consumer tests for disease risks, drawing a road map for other companies to do the same thing.

23andMe will now be reporting telltale markers for 10 diseases. Most, like factor XI deficiency, a blood clotting disorder, Gaucher disease type 1, an organ and tissue illness, and celiac disease are rare. Anyone who buys the $199 Ancestry and Health test from the company will automatically learn if they have mutations increasing their risk for those diseases.

Risk genes for Alzheimer's and Parkinson's are treated separately. Customers will have to specifically say that they want that information. The company's website offers links to genetic counsellors for those who are weighing whether to be tested. If they want those results they will be included at no extra charge, though patients have to pay for the counselling separately.

Until now, the only way for people to get such genetic tests was to see a medical professional who would order a test and later deliver the results to patients. Often, patients were required to see a genetic counsellor before getting a test.

Simple process
The process for customers is simple. A customer spits into a tube and then mails it to 23andMe. The company's lab extracts DNA from the saliva cells and tests it with probes that find genetic markers using a special chip for genotyping. In about six to eight weeks the company sends the customer an email saying the results are in. By logging onto an online account, the customer can see the report and its interpretation. It will include not just the genes for disease risk, but also reports of ancestry and results on things like how much the person is likely to weigh and whether alcohol will elicit flushing of the face, shoulders and neck, or even the entire body.

This is not the first foray by 23andMe into direct-to-consumer disease risk testing; several years ago it marketed tests to consumers claiming it could provide genetic information for a variety of diseases from a simple saliva sample. But the FDA shut that endeavour down in 2013, telling the company it had to prove that its tests were accurate, and that customers understood their results.

The FDA established on Thursday what it called ''special controls'' to permit the company to sell the tests, and future ones if it met those requirements. The company did that and Tara Goodin, a spokeswoman for the FDA, said the agency now intends to issue a new exemption allowing other companies to market similar tests under the same conditions.

Dangerous precedent?
While some applaud the FDA's move, saying people do not always need the intervention of medical professionals and genetic counsellors to learn their risk for certain diseases, others worry that it sets a dangerous precedent.

People often need genetic counselling before deciding they want to know if they are at risk for Parkinson's disease, said James Beck, chief scientific officer of the Parkinson's Foundation, told The New York Times. ''Once you get the test and read the results, there is no going back.''

But Dr Robert Green, a genetics professor at Harvard Medical School, said that most people who want to get such information on their own are able to handle it just fine. He has studied tests for Alzheimer's risk in rigorous studies, asking whether patients who simply got their results, without counselling, understood what they were doing and were able to handle the information. The vast majority were, he said.

''I do not want to be cavalier,'' Dr. Green added. ''In some cases people did not realize what they were saying yes to and others did not realize the psychological impact it would have on them. There is some potential for distress, but it is much, much smaller than was anticipated.''

Likelihood, not certainty
The test's results do not by any means guarantee that a person will get the disease. Instead, they mean the disease is only more likely.

For Parkinson's disease, the company looks for two mutations, LRRK2 and GBA, each of which increases risk. The LRRK2 increases it by 25 percent and GBA increases it fourfold. But if a person of Ashkenazi Jewish background inherits LRRK2, the risk increases to eightfold.

But those risks must be put in perspective said Dr. Beck of the Parkinson's Foundation. Parkinson's disease is rare - about one million Americans, out of about 330 million have it.

The new test approval comes just two years after 23andMe got approval for a different kind of testing that determines whether people carry certain gene mutations for diseases. In 2015, the FDA allowed the company to tell customers if they had a copy of a mutated gene for a disease like cystic fibrosis that would not affect them - you need two copies of such mutated genes to get the disease - but could affect their future children. If a person with one copy of a cystic fibrosis gene, for example, has children with a partner who also has one copy of the mutated gene, each child has one chance in four of inheriting a mutated gene from each parent. If that happens, the child would get the disease.

But the new approval takes the testing a giant step forward.

''The difference between then and now is that we now have authorization to tell you about your personal risk,'' said Anne Wojcicki, chief executive at 23andMe.

23andMe has been providing the same genetic tests the FDA just authorized to customers in Britain and Canada, which have more lenient regulations, since 2014. The company says it has followed more than 20,000 customers in Britain who got their genetic risk results. ''There were no untoward incidents,'' Wojcicki said.

But nothing is easy in this new world of direct to consumer genetics, noted Dr. Gail J. Jarvik , head of the division of medical genetics at the University of Washington, in an email.

''If people know what they are purchasing and understand the results, then I support such tests,'' she said. ''It is in the execution that my concerns lie and I will be following that. We have seen patients who did not understand tests they purchased from this company in the past. Hopefully, this information will be delivered in a way that has value to the person purchasing the service and does not cause unneeded medical visits. Many of these tests indicate risk of getting disease, not the certainty of getting it.

And that, she said, ''can be a challenging concept to communicate.''