Hyderabad-based biotechnology company Bharat Biotech today claimed to have achieved breakthrough in developing two possible vaccines to fight the Zika virus, which has been linked to birth defects in thousands of babies in Brazil. 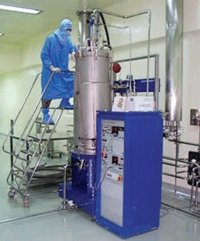 Bharat Biotech is home to some of the most brilliant minds in the world and began work on the Zika virus a year ago, much before the World Health Organisation realised its threat, reports quoted Krishna Ella, CMD Bharat Biotech, as saying.

"We believe we have an early mover advantage in developing the Zikavac and we are probably the first in the world to file for global patent for Zika vaccine candidates.

"We have two candidate vaccines in development. One of them is an inactivated vaccine that has reached the stage of pre-clinical testing in animals," Ella said.

The mosquito-borne Zika virus, which causes serious birth defects in children, is spreading rapidly in the Americas, and WHO officials on Tuesday expressed concern that it could hit Africa and Asia as well.

Zika virus is spread by mosquitoes of the Aedes genus, which can breed in a pool of water as small as a bottle cap and usually bite during the day. The mosquito-transmitted infection is related to Dengue, Yellow Fever and West Nile virus.

"Considering that women of child-bearing age and pregnant women are the prime target group for Zika virus vaccine, we consider safety as the overriding factor in development of a new vaccine for this virus. The vaccine methods developed early on, before the devastating consequences of the epidemics in Brazil came to light provided us a push to accelerate vaccine development," Dr Sumathy, director, R&D, Bharat Biotech, said.

No vaccine against Zika virus has been developed so far.

An inactivated vaccine is created by killing a pathogen in a way that its ability to replicate is destroyed, but the immune system can still recognise it.

Bharat Biotech's announcement came a day after France's Sanofi said it had launched a project to develop a Zika vaccine.

On Wednesday, Japanese drugmaker Takeda Pharmaceutical also said it was investigating the possibilities of developing a vaccine for the disease.

Bharat Biotech said it started work on the Zika virus a year ago, while developing vaccines for chikungunya and dengue. Zika is closely related to dengue and is spread by the same species of mosquito.

Bharat Biotech sells its vaccines for polio, hepatitis B, H1N1 and rabies, among others, to more than 65 countries, according to its website.

Currently, the vaccine maker is focusing towards scale up and characterization of the vaccine product, the company's CMD Krishna Ella further said.