Rajesh Exports, will be setting up the country's first display fab facility in Telangana, with projected investment of Rs24,000 crore. The gold exporter will be making the investment through its subsidiary, Elest. 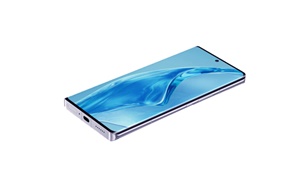 The Telangana government on Monday signed a memorandum of understanding (MoU) with Karnataka-based Elest for the proposed fabrication unit, which will manufacture next generation AMOLED displays for smartphones, tablet computers, and laptops.
"Historic day for Telangana. Rajesh Exports, a Fortune-500 company, to set up India's first Display FAB to manufacture the most advanced AMOLED displays, with an investment of Rs24,000 crore, making it one of the largest investments in high-tech manufacturing sector in India," Telangana IT minister K T Rama Rao tweeted.
Having a display fab in Telangana would put India on a global map at par with select few countries such as China, USA, and Japan, Rama Rao stated further.
"Since the announcement of India Semiconductor Mission, the Telangana government has been working on a mission mode to have a Fab in the state and this investment will provide us further encouragement to continue our efforts," he said.
Chairman of Rajesh Exports Rajesh Mehta said the display fab in Telangana would attract some of the finest global talents in the next generation technology and would generate direct employment to more than 3,000 people, including scientists and advanced technology professionals.
"It would create a much larger ecosystem of partners, ancillaries, suppliers, generating thousands of jobs. Elest is confident that the setting up of the Gen6 AMOLED Display manufacturing facility will generate a global interest and would ensure future technology growth in our country, he said.
While the details of technology inputs are not available, some reports said Grantwood Technologies will be the technology partner of Elest.
Elest will be eligible for financial support under the union government's Rs76,000 crore incentives package for domestic manufacturing of semiconductors and displays.
Under the incentive scheme, the union government will extend financial support of up to 50 per cent of project cost (subject to a ceiling of Rs12,000 crore) to eligible applicants.
In February 2022, Vedanta and Elest submitted applications for Display Fabs with a projected investment of USD 6.7 billion.
Besides Rajesh Exports, the Anil Agarwal-led Vedanta Group has also proposed to set up two separate ventures for chip and display manufacturing, with investments worth $15 billion.
Vedanta will be partnering Hon Hai Technology Group (also known as Foxconn) to manufacture 28-nano metre semiconductor chips based on a technology developed by the Taiwanese multinational.
For the display venture, the company is in talks with at least seven global majors including LG, Sharp and Japan Display for a potential technology or equity partnership.
MORE REPORTS