Indian smart phone maker Micromax is making a comeback as buyers in India starts dumping Chinese brands for India-made smartphones in the wake of the border standoff and Prime Minister Narendra Modi’s call for ‘Atmanirbhar Bharat.’ 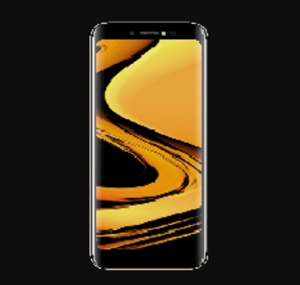 Once the largest smart phone maker in India and the second-largest by market share, Micromax Informatics is making a re-entry on the back of government support and customer preferences.
In fact, 2014, Micromax had even beaten South Korean consumer electronics giant Samsung in total smartphone shipments in the domestic market. But it has lost market share steadily since then.
Micromax, which lost ground to Chinese devices that offer more features at cheaper rates, is reported to be looking at the more premium segment, thanks to the government support for local production and consumer resistance to Chinese brands.
Micromax co-founder Rahul Sharma announced the company is planning a comeback with a new “in” series of smart phones, as early as possible.
While Sharma did not elaborate, reports citing industry sources said that the first device from the new Micromax range could be the `Micromax in 1A’, which will be powered by the Helio P35 chipset with 4GB RAM and run Android 10. It managed 903 points in the single-core test and 4,326 in the multi-core department, according to reports.
“Everybody was looking at Chinese phones because they were very competitively priced," co-founder Rahul Sharma said in an interview with news agency PTI.
However, according to Sharma, India’s new production-linked incentive (PLI) scheme will tip the scale back in favour of domestic manufacturers, especially Micromax which still has a strong brand recall.
“I think this is a great cushion that has been provided to all the Indian companies, which will help us to fight these guys," Sharma added.
Under the PLI scheme, the government will give 4-6 per cent incentive to eligible electronics companies on incremental sales of manufactured goods — mobile phones and electronic components such as printed circuit boards and sensors, among others — for five years. The base year is 2019-20 and the incentives are applicable from 1 August.
Bhagwati Products, the maker of Micromax phones, is one among the 16 companies, including foreign mobile phone makers, that jave been granted approval under the PLI scheme.
Except for Samsung, all the other foreign companies are contract manufacturers for Apple Inc. Samsung and Apple together account for nearly 60 per cent of global mobile phone sales.
Sharma says the Indian market needs an Indian brand to take on Chinese smartphone makers, which enjoyed an unfair advantage given the Chinese government’s support through cross-subsidies for decades, making them virtually impossible to challenge.
Unlike in the past, Micromax will not be making low-cost smart phones. “We will only come out with performance-oriented products. You won’t see phones worth Rs3,000-5,000 from Micromax anymore," PTI quoted Sharma as saying.
The new phones will be in the range of Rs7,000-10,000 to Rs20,000-25,000 and will be available to customers from early next month, with an entire lineup of ‘In’ branded phones ready by the end of the year. Eventually, the smartphones will be followed by connected devices, through Micromax ACs and other products.
MORE REPORTS