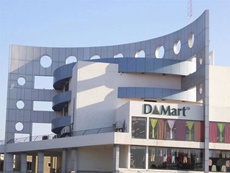 A strong rally in D-Mart stock in past two weeks has seen the market capitalisation (m-cap) of the company crossing Rs62,000 crore. As of 10:167 am today, the company stood at 44th positions in overall ranking, with market-cap of Rs62,901 crore, as per BSE data.

The Avenue Supermarts stock crossed Rs1,000-mark at Rs1,018, up 3 per cent from the previous closing on BSE in intra-day trade in an otherwise range-bound market.

The stock has been continuing an upward move in the past nine trading sessions. Since 10 August, the stock rallied 16 per cent from Rs880,against a marginal 0.19 per cent rise in the broader S&P BSE Sensex.

It is also ahead of FMCG companies such as Dabur India and Britannia Industries, pharmaceuticals companies like Lupin, Cipla, Cadila Healthcare, Dr Reddy's Laboratories and Aurobindo Pharma.

As compared to the issue price of Rs299, the stock is trading with gains of around 322 per cent.

The initial public offer of Avenue Supermarts, the operator of retail chain D-Mart, saw robust investor demand and was subscribed 106 times with strong demand from institutional and retail investors

The firm which runs the D-Mart supermarkets chain, reported a 47.6 per cent rise in its net profit at Rs174.77 crore for the quarter ended 30 June 2017. The company had reported a net profit of Rs118.44 crore in the corresponding quarter a year ago.