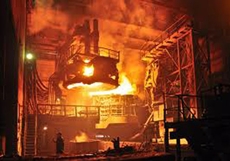 The court, which had, on 28 March, held JIPL guilty of cheating the government to illegally secure mining lease to a coal block in the state, also imposed a fine of Rs25 lakh on JIPL, the offending firm, and a Rs5 lakh fine on both the directors (See: Jharkhand Ispat, directors convicted in coal scam).

The Rungtas were convicted in a case pertaining to the allocation of Jharkhand's North Dhadu coal block to JIPL and other companies.

The court said the prosecution had proved beyond a shadow of a doubt that the company and its directors made false claims regarding the land in their possession and the production capacity of JIPL.

''It is crystal clear that the actions of the accused persons in making all such false claims knowing them to be false were actuated with an intention to deceive MOC (ministry of coal) and thereby government of India,'' the court had said in its 132-page judgment.

The court also noted that in their efforts to ''wriggle out'' of the charges against them, the Rungtas' defences were at times contradictory not just to each other and their company, but also against their own admitted evidence.

While convicting the company and its directors on charges of conspiracy and cheating, special judge Bharat Parashar said, ''the intention to defraud on the part of accused persons is writ large on the face of record''.

''It is also thus crystal clear that all the acts committed by the accused persons have been fraudulently done with a dishonest intention,'' the court said.

The court had concluded arguments on their sentencing on 31 March, after which it had reserved its order.

Arguing before the court, counsel for the Rungtas had pleaded that his clients deserved leniency because the criminal charges against them were of an economic nature, and not of any heinous offence.

''We have already got the punishment,'' the counsel said, adding that JIPL had not been able to extract coal from the mine and had suffered a loss ''over Rs200 crore.''

The coal scam that rocked the Manmohan Singh government came to light when the comptroller and auditor general (CAG) flagged irregularities in allocation of coal blocks from 2004 onwards, which pointed to an estimated loss of Rs1,86,000 crore to the exchequer.

The court, however, said no charges of forgery were made out against the Rungtas, although the JIPL obtained the coal block allocation letter from the government by cheating – that the convicts had committed a false act with the knowledge that it would result in the ''delivery of a valuable security''.

The court had observed that the accused persons' defence that ''MOC (ministry of coal) officers ought to have taken all necessary precautions as could have been taken by them so that the important nationalized natural resources of the country i.e. coal, are not usurped by any unscrupulous person'' was not ''completely without force''. The court added that this, however, did not absolve the company and its directors of cheating and conspiracy.

On March 21 last year, the court framed charges of conspiracy, forgery and cheating against the accused. All the accused pleaded not guilty and denied the allegations levelled against them by the CBI.

In its charge sheet, the CBI had alleged that JIPL ''grossly misrepresented'' facts before the ministries of steel and coal to inflate their claim. JIPL and three other firms – Electro Steel Casting Ltd, Adhunik Alloys and Power Ltd and Pawanjay Steel and Power Ltd – were allocated the coal block by the 27th and 30th screening committees, it added.

The CBI said the government's screening committee had made no attempt to verify the claims made by the firms and said the steel ministry hadn't developed any method to assess the competency of the companies. The coal ministry's records related to the case were also stated to be missing, it had said.