In an unusual development, a Pakistani newspaper has criticised its Kashmir policy. Referring to Prime Minister Nawaz Sharif saying he was waiting for the day all of Kashmir would join Pakistan, the Daily Times on Sunday urged him not to indulge in "wishful thinking". 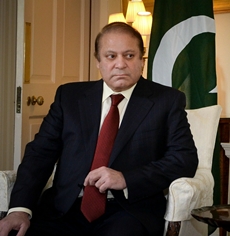 "Such statements are nothing more than rhetoric," the Daily Times said in an editorial. "Instead of indulging in wishful thinking, the PM needs to sit back and think with a cool mind the ways to resolve regional issues.

"[Pakistan's] stance [on Kashmir] is commendable but making statements about the accession of Kashmir without any clear policy seems inappropriate," the daily said.

"By uttering these words, the PM is challenging the authority of India and inviting more trouble not only for Pakistan but Kashmiris also."

The daily said that talking about Jammu and Kashmir's accession to Pakistan was easy but nobody knew how to make it happen.

"It could only happen through talks or war. There is no other solution... Kashmiris are already paying a heavy price for this conflict," it said.

"What can Pakistan offer to Kashmiris when it is still coping with numerous challenges that are posing a threat to its own stability?"

The editorial said that instead of talking about capturing more land, Islamabad needed to make Pakistan-occupied Kashmir a model state.

For the last 67 years, Pakistan had failed to ensure good governance in PoK, it said.

The daily urged India and Pakistan to resolve their bilateral issues amicably.

"Both Pakistan and India governments must take pity on their respective people and come to the negotiating table for striking a permanent peace deal," it said.