The Sun Group is moving court challenging the government's decision not to allow it to participate in the Phase-III auction process of FM radio. 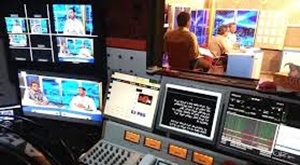 The group will approach the high court, either in Delhi or Chennai, on Monday against the denial of permission to Red FM to bid for FM licence.

Sun Group chief financial officer S L Narayanan informed the media of the group's decision on Thursday night after it received a formal communication from the information and broadcasting (I&B) ministry that it would not be allowed to bid in view of pending cases against the Maran brothers.

He said while Sun group had so far refrained from commenting on the reports and opening a front in the media, the ministry has now given it cause of action for a writ petition under Article 226 of the Constitution.

"We will move the court on Monday challenging the decision. I am hopeful that we will get justice. We will knock the door of every court," reports quoted Narayanan as saying.

He said the group has been making attempts to seek clarity from the powers that be on renewal of its broadcasting licences, which has now gone haywire.

He said the Sun group has nothing to do with the so called controversies, which are only personal in nature. ''All the cases are at a stage where this is simply an allegation. Even assuming that there is something untoward, the matter should start and end with the individual and not penalising the company,'' said Narayanan.

While the I &B ministry informed Sun Group of the government's decision to exclude it from FM auctions, the ministry did not clarify on the fate of the 33 TV channels it operates.

Nor has the ministry explained what security risks the group, which shows commercial films, soap operas and reality television, pose.

The broadcasting licence is given every 10 years. It is renewed by the information and broadcasting ministry after security clearance from the home ministry.