Governments should not be in the business of broadcasting: TRAI

The Telecom Regulatory Authority of India (TRAI) has recommended that governments, both at the centre and state, or the departments and companies under them should not be allowed to enter the business of broadcasting and distribution of television channels. 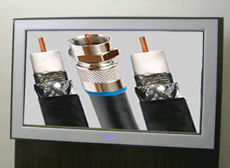 TRAI also wanted the central government to keep Prasar Bharti, the state-owned public broadcaster, at an arm's length. The sector regulator recommended that measures should also be taken to ensure functional independence and autonomy of Prasar Bharti.

The authority said that in case some government bodies have been allowed to enter this business, they should be provided an appropriate exit route.

The recommendations come in the backdrop of the Tamil Nadu government making a strong pitch for granting licence to state-owned Arasu TV to run its cable network.

TRAI released the recommendations on ''Issues related to entry of certain entities in to the business of broadcasting and/or distribution of TV channels'' on Friday and put them up on its website after the ministry of information and broadcasting sought its recommendation on the issue on 30 November.

TRAI has recommended the following:

TRAI suggested amendment in the licenses in the following categories:

It also suggested amendment to the `Format of Statement of Revenue and Licence Fee' to be reported by various categories of internet service licensees and UAS licensees.

TRAI has sought comments of the stakeholders on the issues.