ZEE offers content to Airtel after break-up with Jio

Zee Entertainment Enterprises (ZEE), which broke off an alliance with Mukesh Ambani-owned Reliance Jio after a disagreement over price of the content, has entered into a 3-year multi-layered partnership rival telecom major Bharti Airtel. 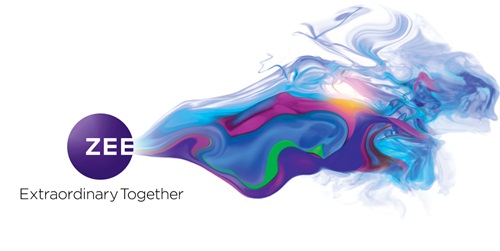 The move, which comes within a week of Zee removing all its content from Reliance Jio network, will give Airtel a strategic advantage over Reliance Jio in creating exclusive video content for Airtel’s video-on-demand app Airtel TV and ZEE’s over-the-top (OTT) app ZEE5.
Also, over 50 million Airtel TV app users will get access to ZEE5 content, including ZEE5 Originals, movies, TV shows, plays and more as the subscription cost will be bundled under Airtel TV’s plan.
“It’s a larger partnership and a win-win for both of us,” The Economic Times quoted Punit Goenka MD, ZEE, as saying. “Airtel brings a huge consumer base, which today, potentially, is not even exposed to the OTT world or even some of the new age youth audience which is not available to TV.”
Goenka stressed that ZEE has managed to get a very significant deal for app-in-app integration at the cost-per-download level compared to retail price, apart from good minimum guarantees on the Airtel TV piece for providing content.
Airtel will also share consumer insights and data of the users with ZEE as part of the deal. Goenka said that based on the demographic of Airtel TV consumers, ZEE will see which pieces of content are best fit for which platform.
For Goenka, consumer data was very critical from a long-term partnership and it was one of the key negotiation points for the deal.
“It is very critical in today’s time because that’s the way we will understand our consumers’ behaviour and how they are reacting to the content. We are not just pure content suppliers. It’s a strategic alliance and therefore it has to be treated in that manner,” Goenka added.
Incidentally, none of this was part of the Reliance Jio deal, and Goenka thinks the company was not getting fair value for its content.
ZEE had removed all its content from Reliance Jio, including 35 live TV channels and more than 2 lakh hours of video-on-demand content after failing to arrive at an agreement on price.
The ET report, which quoted Genka, however, maintained that withdrawing content from Jio and the deal with Airtel are not to be seen as connected – that the exit from Jio and Airtel deal are independent of each other.
ZEE also said that it is still open to doing business with Jio, only if the price and terms are right. Much will also depend on the consumer feedback on the deal, according to Goenka.
He said a full understanding of the consumer, their profile, their usage pattern etc will help ZEE in creating better content for them, better targeting and personalisation.
Bharti Airtel has, meanwhile, expanded its 4G VoLTE coverage to 20 circles, closer to Pan-India presence
Reliance Jio is the only telecom operator with Pan-India 4G VoLTE presence.
Bharti Airtel began commerical rollout of its 4G VoLTE services to challenge Reliance Jio in September last year.
MORE REPORTS