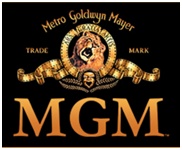 MGM Holdings Inc, the parent of media company Metro-Goldwyn-Mayer Studios, yesterday said that it would buy the 81-per cent of premium US channel Epix it does not already own from two of its partners, Viacom Inc and Lions Gate Entertainment Corp, for about $1 billion.

Paramount Pictures and Lions Gate will continue to provide their first-run theatrical releases to Epix under multi-year agreements, the companies said in a joint statement.

The deal is expected to close by the end of this month.

Epix was the first premium network to provide multi-platform access online at Epix.com as well as on Xbox, PlayStation, Android phones and tablets and Roku players.

EPIX is also available on Apple iPhones and iPads, Chromecast, Android TV and others.

The deal is expected to boost MGM's TV business as it seeks to build a stronger platform to distribute its content.