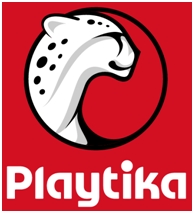 CIE's World Series of Poker and real-money online gaming businesses is not included in the transaction, and the virtual currency used on the Playtika platform will continue not to be exchangeable for real money.

Post closing, Playtika will continue to run independently with its headquarters remaining in Herzliya, Israel and its existing management team continuing to run day-to-day operations.

CIE is owned by Caesars Acquisition Co and its affiliate Caesars Entertainment Corp, which are on course of a complex merger.

Caesars Entertainment Corp is currently under an $18-billion bankruptcy, seeking creditor approval for a restructuring plan, and the deal will help it pay off its creditors.

Playtika, based in Israel with studios and offices in Argentina, Australia, Belarus, Japan, Canada, Romania, Ukraine and the US, is a global social and mobile free-to-play games company.

It is the creator of popular titles like Slotomania, House of Fun and Bingo Blitz, which consistently rank among the top-grossing games on Apple's App Store, Google Play and Facebook.

Playtika's games are played daily by more than 6 million people in 190 countries, in 12 languages and on more than 10 platforms.

"This transaction is a testament to Playtika's unique culture and the innovative spirit of our employees who for the past six years have consistently designed, produced and operated some of the most compelling, immersive and creative social games in the world," said Robert Antokol, co-founder and CEO of Playtika.

CIE is one of the world's leading interactive social and mobile casino-themed game providers. It also owns the World Series of Poker as well as multiple mobile and social game titles under its Playtika subsidiary, including Slotomania, Caesars Casino, Bingo Blitz and World Series of Poker.

CIE employs more than 500 employees, has offices in four countries on three continents, and has development studios in California, Belarus, Romania and Ukraine.