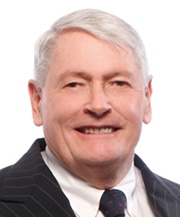 News about the negotiations between Liberty Global, the world's largest international cable company, and CWC surfaced about a month ago, and in accordance with the UK takeover regulations, Liberty Global was to submit its firm proposal before the set deadline of 19 November. (See: Liberty Global in talks to buy Cable & Wireless for over $5.5 bn)

Apart from its European operations, Liberty Global's LiLAC Group has growing presence in Latin America and the Caribbean. The company's annual revenue is over $18 billion.

Liberty Global has been expanding through acquisitions in the past few years to expand its business.

CWC, also London-based with its operational hub located in Miami, is a leading provider of full service communications with presence in 17 countries in the Caribbean, Latin America and the Seychelles. The company's annual sales are over $2.4 billion.

The offer price represents a 40-per cent premium over CWC stock price on 21 October, the day before the takeover talks were disclosed.

Liberty Global will assume CWC's net debt of $2.7 billion as part of the deal.

Liberty Global CEO Mike Fries said, ''The acquisition of Cable & Wireless represents a watershed moment for our recently created LiLAC platform. It will add significant scale and management depth to our fast-growing operations in Latin America and the Caribbean, while creating a new regional consumer and business-to-business powerhouse.''

Upon completion, the combined LiLAC and CWC businesses will benefit from the broader group's scale and management expertise and will serve 10 million video, data, voice and mobile subscribers, with leading positions across multiple markets, Fries said.

They also expect to generate low double-digit operating cash flow as a result of the merger.

Malone already owns a 13-per cent stake in CWC, besides holding a 22-per cent interest in Columbus.

The transaction is expected to close in the second quarter of 2016 subject to shareholder approvals, regulatory clearances and other closing conditions.

The combined operations will create a unique investment vehicle, which includes an attractive combination of organic growth and further consolidation opportunities throughout Latin America and the Caribbean, Liberty Global said.

Goldman Sachs International and LionTree Advisors acted as financial advisors to Liberty Global in the transaction while CWC is advised by Evercore Partners International LLP and JP Morgan Cazenove.