The Himachal Pradesh high court has set aside an order of the National Environment Appellate Authority (NEAA) that had quashed the environment clearance granted to French cement major Lafarge to set up a Rs.900-crore project in the hilly state. 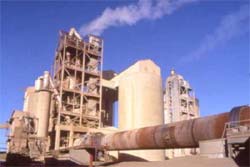 However, the court also set aside the clearance given to the company by an expert appraisal committee (EAC) and asked the Ministry of Environment and Forests to review the matter afresh and then take a decision.

The Himachal Pradesh government had in 2006 allowed Lafarge to set up a three million tonne cement plant in Karsog in the state's Mandi district, considering the good limestone deposits that were available there. However, local residents and environmental activists opposed the move.

After the company got the environmental clearance for the project from the EAC, some local residents challenged it before the NEAA, pointing out that the expert committee had visited only the plant site and not the mining site.

Lafarge then challenged the NEAA's rejection of the EAC report, pointing out that the authority, comprising a single member, could not sit over the report of the expert committee. It also argued that the authority had been influenced by public sentiments.

While setting aside the NEAA's order, the court referred the matter back to the ministry, directing it to reconsider the matter afresh. It criticised the manner in which the EAC gave the clearance without even visiting the mining area.