US private equity firm Carlyle Group is exploring a sale of herbal supplement maker Nature's Bounty Co, which has a market value of about $6 billion, Bloomberg yesterday reported, citing people with knowledge of the matter. 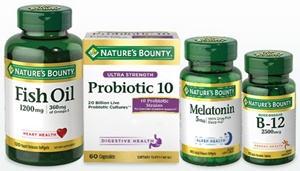 Carlyle has held talks with potential advisers about selling Nature's Bounty, which could fetch as much as $6 billion, the report said.

Carlyle had acquired Nature's Bounty (earlier known as known as NBTY Inc) in 2010 for $3.8 billion.

While finding a buyer for the whole business is the preferred option, Carlyle may also decide to shop Holland & Barrett- Nature's Bounty' international unit separately, the report added.

Founded in 1870 and based in the UK, Holland & Barrett is the leading retailer of vitamins, minerals and herbal supplements in Europe.

Holland & Barrett International operates more than 800 stores in the UK and Ireland, as well as more than 200 De Tuinen, Essenza, and GNC/Met-RX stores in Europe.

It accounts for about 30 per cent of Nature's Bounty annual sales of around $3.23 billion.

Based in New York, Nature's Bounty is the largest vertically integrated nutritional supplements manufacturer in the US.

Nature's Bounty has manufacturing facilities in Canada, China, the UK, and the US, and sells its products in capsule, tablet, powder, and liquid forms in over 100 countries.

Wal-Mart accounts for 11 per cent of the company's total annual sales, while its other major customers include Costco, CVS, Walgreens, Kroger, and Target.