Amidst rising opposition to multinational biotech companies' exploitation of Indian farmers with genetically modified cotton varieties, the government seems to be keen to promote gene engineered food crops to boost farm production in the country. 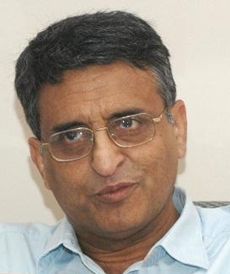 A day after the environment ministry announced its decision to give the go-ahead for commercial cultivation of GM mustard, scientists at the Delhi University have announced success with the development of gene altered cotton variety.

The team of scientists that successfully developed the genetically modified (GM) mustard variety, which is close to a possible commercial launch, has now come out with a GM cotton variety that they claim could rival the costly seeds of multinational Monsanto.

Deepak Pental, professor of genetics and the ex vice chancellor at the University of Delhi, who led the team at Delhi University said on Monday that the cotton seeds were found to be safe for "food / feed and environment" and that he could soon hand the GM cotton variety to a state agency.

Pental said he would soon approach the Indian Council of Agricultural Research (ICAR) to pass on a laboratory-tested GM cotton variety his team has developed over the past decade.

The variety is similar to Monsanto's Bt cotton but can be more resistant to pests, Pental said, adding that he had handed over another GM cotton variety to ICAR last year for further research.

Despite fears expressed by activists and politicians that GM food could compromise food safety and biodiversity, the government seems to be keen to promote high-yielding GM varieties both to increase availability and rein in prices.

India is reliant on imports of edible oil and pulses to a large extent and the government sees cultivation of high-yielding GM crops as the only way to boost domestic production and cut imports.

Experts have, however, questioned claims that GM crops are more productive than normal varieties.

The Modi government's decision to push GM varieties comes at a time when multinationals like Monsanto have ganged up against the government's curbs on profiteering by seed companies.

St. Louis, Missouri-based Monsanto, which has a monopoly in India's GM cotton market, is embroiled in a high-stakes battle with the government which wants the company to cut royalty it charges for its technology and reduce prices it charge farmers.

Monsanto, which has threatened to pull out, has later announced the formation of an alliance of likeminded MNCs and local companies to fight government regulation (See: Foreign seed firms gang up to fight India's GM crop rules).