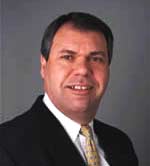 Global technology leader in health sciences and photonics PerkinElmer (2007 revenues--$1.8 billion), Inchas has announced the appointment of Daniel R. Marshak, Ph.D, to the additional position of president of its Greater China operations with overall cahrge of of PerkinElmer in Greater China, with responsibility for expanding its resources in the region to drive innovation and new product introductions. He will be based out of Shanghai, strengthening the company's executive and scientific presence in the country.

Marshak will continue in his role as senior vice president and chief scientific officer, to which position he was appointed in May 2006 to Head the company's research and development functions, while helping drive its growth strategies in the emerging areas of personalised medicine and predictive diagnostics.

China represents a key market for PerkinElmer, with significant growth opportunities in areas such as environmental monitoring, diagnostics, medical and industrial imaging. PerkinElmer has been partnering with China for more than 20 years and currently employs approximately 1,200 people in Shanghai, Beijing, Guangzhou, Chengdu, Wuhan, Shenyang and Shenzhen.

In October 2007 it opened a new 7,000 square foot EcoAnalytix application and technical centre in Shanghai.

"We recognise the importance of increasing our leadership throughout the world to drive the growth of our business globally and to support the rapidly expanding health and environmental infrastructures of emerging nations, including China," said Robert F Friel, president and chief executive officer, PerkinElmer. "Dan is a seasoned executive with deep scientific expertise. His presence in China will enable us to leverage our scientific leadership in a region where we see significant opportunity for growth, and help us better meet the changing needs of our customers in the country and throughout the Asia-Pacific region."