The ban on liquor in Bihar, aggressively championed by chief minister Nitish Kumar, was today struck down by the Patna High Court, which said it is ultra vires the Constitution. The law had been described by critics as draconian for strict penalties against family members of anyone found making, drinking or selling alcohol. 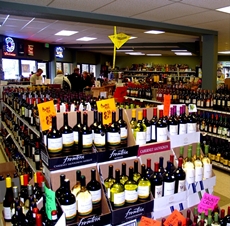 A division bench of the court comprising chief justice Iqbal Ahmed Ansari and Justice Navaniti Prasad Singh quashed the 5 April notification of the state government to stop consumption and sale of alcohol in the state. The notification is ultra vires of the Constitution, hence not enforceable, the court said in its verdict.

The bench had on 20 May reserved its order on a batch of writ petitions filed by Liquor Trade Association and many individuals challenging the liquor law in Bihar brought by the Nitish Kumar government with stringent penal provisions.

The Kumar-led Grand Secular Alliance government had first banned the manufacture, trade, sale, consumption of country-made liquor on 1 April, and later imposed a blanket ban on all types of liquor including foreign liquor in the state.

Kumar, who was re-elected for a rare third consecutive term in November, had promised women voters in his campaign that he would turn Bihar into a dry state. But many warned that his over-aggressive policy would encourage the growth of underground manufacturing and sales of illegally brewed alcohol, often mixed with poisonous chemicals to increase potency.

Last month, 17 people were killed as a result of reportedly drinking bootleg liquor in Gopalganj in the eastern part of the state.

Bihar is India's third most-populous state and the most recent, after Kerala, to opt for banning alcohol. More than 13,000 people have been arrested since April, when Kumar did away with his original plan to ban liquor in phases, and declared complete prohibition.

After imposing the ban, the state government had passed the Bihar Excise (Amendment) Bill, 2016 during the monsoon session of the state legislature.

Governor Ram Nath Kovind recently gave his assent to the legislation, which provided for stringent prohibition law in the state. The new act is to be implemented from 2 October.

Among other provisions, the new act made any offence committed in contravention of this law non-compoundable and left no room for anticipatory bail. Under the law, habitual offenders could be booked under the crime control act (CCA) and externed from the district.

The new act also provides for arrest under non-bailable sections for consumption or possession of liquor in the state territory. It also seeks to punish all adults in a family for liquor consumption by an individual family member, or if liquor were recovered from one's house.

The police department has seen rebellion with several officers refusing to accept promotions because they say the penalty for not imposing the law is stiff, and the requirements of implementing the law are near impossible to meet.