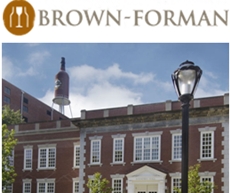 The deal will allow Brown-Forman to once again enter the Single Malt Scotch Whisky market after it exited in 2005.

The transaction will give Brown-Forman three key Single Malt Scotch Whisky brands - GlenDronach, BenRiach, and Glenglassaugh. The deal also includes those brand trademarks, as well as three malt distilleries, a bottling plant, and the company's headquarters in Edinburgh, Scotland.

Brown-Forman had earlier held a minority stake in Glenmorangie and marketed the single malt whisky in the US and Canada from 1992 to 2005 and in some European and Asian markets from 2000 to 2005.

The Kentucky-based company sold its interest as part of Glenmorangie Plc's sale to Moet Hennessy in 2005.

''The acquisition of these super premium brands will allow Brown-Forman to re-enter one of our industry's most exciting and consistent growth segments, Single Malt Scotch Whisky,'' said Brown-Forman CEO, Paul Varga.

These brands biggest markets are the US, the UK, Germany, and Taiwan, and have combined annual sales of about 75,000 cases.

Founded in 1870 by George Garvin Brown, Brown-Forman is one of the largest American-owned spirits and wine companies and among the top 10 largest global spirits companies.

The company employs more than 4,000 people worldwide and its brands are sold in around 160 countries.