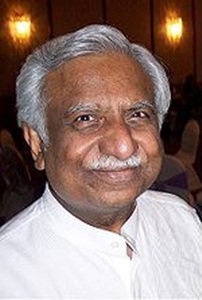 The banks have reportedly asked Jet Airways to submit a revival plan by 21 January as the existing loan account would be more than 30 days overdue by then.
After their meeting earlier this week to discuss the loan default, the lenders consortium had sought a revival plan that included proposal for fresh equity infusion and part monetisation of the company’s assets.
Jet Airways owed banks Rs8,414 crore as of March last year, according to its annual report. Hit by high fuel prices and a highly competitive market, the airline reported three straight quarters of losses and delay salaries.
After delaying payment of salary to its senior management along with pilots and engineers, the loss-making carrier has now failed to disburse the December salary to some other categories of employees as well, according to reports.
The Naresh Goyal-controlled Jet Airways has not paid salaries of managerial employees and those above for December, say reports.
Jet Airways, which is part owned by Gulf carrier Etihad, has over 16,000 employees.
The airline has been in exploratory talks with the Tata Group to sell a controlling stake, following the cash-crunch, which also took away nearly 70 per cent of its market value in 2018.
Jet Airways said it is optimistic about the outcome of the discussions with its lenders. “The talks are progressing well and we hope to reach a positive resolution at the earliest.”
But, lenders led by State Bank of India are sceptical about getting their money back in the absence of a firm revival plan. The lenders have informed the promoter that the revival plan must be submitted within three weeks of the date of default since it would enter the special mention account category of loan classification after 30 days of remaining in default.
Under the Reserve Bank of India’s loan classification norms, an account falls in special mention account-1 category if it’s in default for 30-60 days, in SMA-2 if the borrower fails to repay for 60-90 days and a non-performing asset beyond 90 days.
Lenders, however, are wary of taking Jet Airways to the National Company Law Tribunal for insolvency proceedings since they are not sure of the value of its assets.
They said the promoters could either arrange additional funds themselves or convince partner Etihad Airways PJSC to buy more stake in the company. Goyal controls 51 per cent in the company, while Etihad owns 24 per cent.
MORE REPORTS