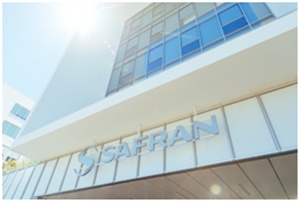 Citing unidentified sources, French daily Le Figaro yesterday said that the offer has been accepted by the Zodiac board and the merger would create a company with combined sales of around €21 billion.

The move comes more than five years after Safran dropped an offer for Zodiac, but has recently been seriously thinking of a merger.

Safran, which supplies engines to the 737 and A320 series narrow-body jets from Boeing Co and Airbus Group SE, had in April 2016, agreed to sell its explosives-detection arm to Smiths Group Plc in a deal valued at $710 million and two months later agreed to merge its space launchers business with Airbus into an equal European rocket joint venture.

Zodiac, which has a market value of €6.7 billion, is a global leader in aerospace equipment and systems on-board commercial, regional and business aircraft as well as helicopters.

The Plaisir, France-based company employs 35,000 people worldwide and has annual sales of €5.2 billion.