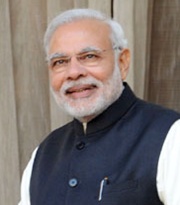 India today decided to take the ordinance route to hike the limit on foreign direct investment (FDI) in insurance to 49 per cent from 26 per cent, as the legislation could not be passed during the official winter session of parliament that ended on Tuesday.

The Insurance Bill, which has been pending since 2008 in the Rajya Sabha, seeks to increase the composite foreign investment limit in insurance companies to 49 per cent from current level of 26 per cent.

The 49 per cent cap would include both FDI and foreign portfolio investments.

The proposed hike in foreign investment limit to 49 per cent in the insurance sector could attract up to $7-8 billion (about Rs50,000 crore) from overseas investors, giving a major boost to the segment.

The total capital deployed in private life insurance in India is close to Rs35,000 crore. With the current cap on FDI at 26 per cent, foreign equity is close to Rs8,700 crore.

The ordinance on coal block allocation is necessary for the government to hold auctions for the 214 blocks that were ordered cancelled by the Supreme Court in September.

The Insurance Laws Amendment Bill, 2008 could not be taken up for discussion despite being approved by the select committee of the upper house because of the uproar by opposition parties over the conversion and other issues.

The government has blamed political obstructionism for the disruption of Rajya Sabha, where the NDA government does not have a majority.

There are 52 insurance companies operating in India, of which 24 are in life insurance and 28 in general insurance. In addition, the state-run General Insurance Company (GIC) is the sole national reinsurer.