Investment alone will not ensure growth in incomes as human capital is an important factor in realising the benefits of investment, and this could explain the lack of GDP growth in much of Latin America, according to a new report prepared by IMF staff. 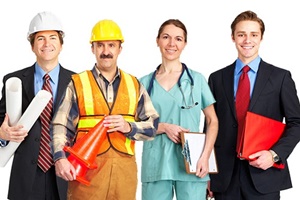 Lower levels of human capital and productivity are holding back Latin America’s growth, according to a report prepared by Bas B Bakker, Manuk Ghazanchyan, Alex Ho and Vibha Nanda of IMF Western Hemisphere Department.
In 1990, Latin America’s average GDP per capita was a little over a quarter of the United States’ income level, while emerging and developing Asian countries’ GDP per capita was only 5 per cent. In 2019, Asian countries had grown fourfold, but Latin America was still at the same level.
While Asia had twice the investment level of Latin America, the report says that does not fully explain the difference in GDP growth levels. They cite the GDP gains of Central, Eastern, and Southeastern Europe that have even lower levels of investment than Asia, but have achieved faster growth than Latin America.
The working paper compares the experiences of these three regions (before Covid-19) and concludes that Latin America is poorer because of lower levels of human capital and productivity, not investment.
They have cited the examples of Mexico and Poland. In the last 25 years, Mexico has had more investment (as a per cent of GDP), but its growth per capita has been much slower. What explains that?
Productivity of Human Capital
Investment does raise income. A higher capital stock per worker increases GDP per capita. But the combination of human capital and productivity is a major contributor for the European country, while often a negative factor for the North American nation.
Strong governance and good business climate matter for productivity growth. In countries where property rights are not secure and governance is poor, firms will remain small and productivity low. In well-run countries, successful firms can become large and more efficient, they point out.
Cross-country Income Levels
The paper says that countries with higher human capital and better governance and business climate tend to be richer than those with low scores on these variables. “High human capital alone is not sufficient: our analysis shows that countries become rich only when governance also improves.”
Mexico has worse readings in both areas than Poland. In general, Latin America scores poorly on both dimensions, compared to advanced countries or emerging Europe, which helps explain why it is relatively poorer, they say.
Of course, there are exceptions: Chile’s governance ranks well against some advanced economies and is better than most of emerging Asia, they add.
The paper argues that countries won’t grow faster and close the income gap with richer parts of the world without improving human capital, governance, and business environment.
Eastern Europe’s success
In 1989, on the eve of the fall of the Berlin wall, countries behind the Iron Curtain were much poorer than Western Europe. Now, some of them have income levels similar to Spain and Italy.
They converged rapidly because their human capital was already similar to Western Europe’s, while income was much lower in the early 1990s. Strengthening of institutions helped the process, and here the European Union (EU) played an important role. The prospect of EU membership led to more reforms and higher growth. Countries that joined, or worked toward that objective, saw significant improvements, the report points out.
Latin America fell behind as it lacked the right combination of high human capital and investment compared to the low-income former communist countries. In fact, in the mid-1990s, GDP per capita was somewhat above what could be expected for the level of human capital. Also, the strong institutional improvement seen in Europe also didn’t happen in Latin America. Governance indicators actually deteriorated in many countries.
The same factors that hold back growth also make investment less attractive. According to the writers, low investment in Latin America is not the cause, but the result of low growth. Governments solely focused on boosting investment might want to look at the problem from a different perspective, they add.
MORE REPORTS