Senior officials of the 15th Finance Commission headed by NK Singh met a large group of bankers and heads of financial institutions in Mumbai today. The commission discussed the issue of making the borrowing costs of state governments aligned to their fiscal and governance fundamentals. 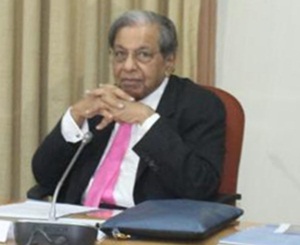 They also discussed the Automatic Debit Mechanism which is currently in vogue and the need for introducing rating of all public sector borrowers, including states by the bankers.
The bankers also mentioned that it is important to take a view on the total public sector borrowing requirements, as opposed to the narrowly defined union and state fiscal deficits, to improve fiscal transparency and to ensure that markets get clear signals of the fund requirements of the public sector, ex ante.
A few of the bankers mentioned that the maturity profile of outstanding borrowings of the union and state governments indicates that there is likely to be a repayment pressure during the next 4-5 years.
The bankers also discussed their perspective in the areas of priority sector lending, loan waiver announced by governments and its impact on credit culture, recapitalisation of banks, foreign portfolio investment in government securities, operationalisation of sinking fund by states and raising of market borrowing by local self-governments.
It was also mentioned, in the context of horizontal devolution of union taxes among states that fiscal discipline, transparency, governance improvements and revenue raising efforts of states be factored in appropriately.
MORE REPORTS