Income tax officials on Sunday raided the residences of Praveen Kakkad, a former officer on special duty to Madhya Pradesh chief minister Kamal Nath and a former police officer of the state, as also two others who had links with Nath. 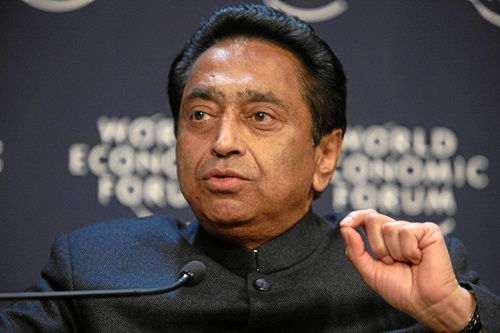 In a pre-dawn raid, Income Tax officials conducted searches at the residence of Praveen Kakkad, who was officer on special duty (OSD) to Kamal Nath after the Congress-led government came to power in the state last year.
The raid began at 3 am at Kakkad’s residence in Vijaynagar in Indore.
Sources in the department said close to Rs11 crore was unearthed during the operations, and documents were recovered during searches on the premises in Delhi, MP and Goa. The tax department is yet to issue details of seizure from the searches.
The pre-dawn crackdown has triggered a political storm in MP even as tax officials maintained that the searches were conducted based on information of large cash movement.
Kakkad previously worked in the state police and also worked for former union minister Kantilal Bhuria, the sitting MP from Ratlam Jhabua, before joining the Congress.
I-T officials carried out simultaneous raids at the residences of two others who had links with the Kamal Nath - Rajendra Miglani, a former advisor to Nath and executives linked to his brother-in-law’s firm Moser Bayer and his nephew Ratul Puri’s company, according to news agency PTI.
Kakkad, a former Madhya Pradesh police officer, was appointed OSD to Nath after the Congress-led government came to power in the state last year.
It may be noted that both Kakkar and Miglani had resigned from their posts just before the Lok Sabha polls were declared.
Kakkad’s family is associated with a number of businesses, including hospitality. The raids are also being conducted against Kolkata-based businessman Paras Mal Lodha, I-T officials said.
I-T officials said searches were conducted at 50 locations in New Delhi, Bhopal and Indore.
The searches are linked to suspected movement of hawala money during the ongoing polls season and tax evasion, they said.
Ratul Puri was last week grilled by the Enforcement Directorate in Delhi in connection with the Rs3,600-crore AgustaWestland helicopters purchase probe.
MP Congress’s media cell vice president Bhupendra Gupta, also a former OSD to Nath, claimed the BJP government is targeting opposition leaders due to political enmity. He cited the barring of CBI investigations against Andhra Pradesh CM N Chandrababu  Naidu, West Bengal CM Mamata Banerjee and DMK leader M K Stalin, which, he said, was political vendeta.
I-T officials conduct raid at residence of MP CM’s close aide in Delhi
However, the BJP hit back, saying thieves were now having a complaint against the ‘watchman’.
“Black money worth crores was recovered during the Income Tax Department’s raid at the house of private secretary of Madhya Pradesh Chief Minister Kamal Nath. This has made one thing clear that those who are thieves have a complaint against the watchman,” BJP’s national general secretary Kailash Vijayvargiya said.
The raids started around 3 am when tax officers, escorted by CRPF jawans, arrived at the addresses in hired cars. State police said have no clue to the raids. Local I-T officials said the raids were handled by Delhi teams and they had little involvement in it.
However, reports said, local police tried to intervene on behalf of the state government, allegedly to save the Congress party's face in the upcoming elections.
MORE REPORTS