GAAR is here, govt unlikely to delay it further

The long-delayed General Anti Avoidance Rules (GAAR) that empowers taxmen to deal with incomes suspected to have been structured only to avoid paying taxes has come into effect from 1 April 2017 and the government is unlikely to delay its implementation any further. 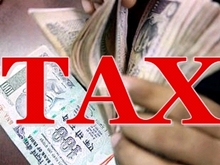 Accordingly, foreign institutional investors (FIIs) will be exempt from GAAR for funds deployed before 1 April 2017. This provision of ''grandfathering'' the investments made prior to 1 April 2017 is aimed at removing lurking fears over retrospective taxation.

Sources also said that GAAR would be invoked only when ''the main purpose is to avoid tax''.

However, there is a fear of GAAR's retrospective applicability, particularly in cases of ''step transactions'' that spread over a few years – ie, if a transaction that has commenced in 2014 will complete only in 2019, then it may attract GAAR.

In a notification in June last year, the Central Board of Direct Taxes (CBDT) had amended relevant rules clearly stating, ''GAAR would not apply to income earned / received by any person from transfer of investments made before April 1, 2017''.

The previous UPA government had propose implementation of GAAR to check widespread tax avoidance – to deter companies from aggressive tax planning by use of opaque low tax jurisdictions such as Mauritius.

It was initially included in the Income Tax Act in 2012 but implementation was postponed after opposition from foreign investors. GAAR, however, will be compatible with the amended tax treaties with Mauritius, Singapore and Cyprus.

Under the amended treaty, India will levy capital gains tax on investments routed through Mauritius from 1 April this year, effectively clamping down on tax dodgers who used to route investments through `shell' or paper companies registered in the Southeast Asian nation.

Changes were approved in similar treaties with Cyprus and Singapore to plug tax leakages.

The taxes will be imposed at 50 per cent of the domestic rate of capital gains tax on foreign investments made from 1 April 2017 until 31 March 2019, and at full rate thereafter.

The courts had earlier ruled that saving of taxes through permissible instruments of tax planning is legitimate, but had held tax avoidance as illegal.