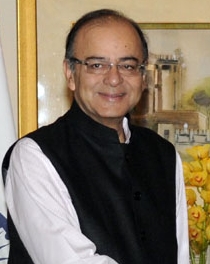 The GST Council, at its meeting held under the chairmanship of the finance minister Arun Jaitley, decided to fix the GST rate tax rate on small hotels and restaurants at 5 per cent and approved draft of key supporting legislations to enable rollout of the new indirect tax regime from 1 July.

The council will take up for approval the State-GST and Union Territory-GST (UT-GST) laws at its next meeting on 16 March.

Jaitley has approved the draft CGST Bill and the draft IGST Bill as vetted by the union law ministry. This clears the deck for the central government to take these two bills to Parliament for their passage in the ongoing Budget Session.

The draft bills finalised by the GST Council provides for state-wise single registration for a taxpayer for filing returns, paying taxes, and to fulfil other compliance requirements. Most of the compliance requirements would be fulfilled online, thus leaving very little room for physical interface between the taxpayer and the tax official.

Jaitley said the model GST Law will have a clause to enable levy of up to 40 per cent tax (20 per cent by the centre and an equal amount by the states) but the effective tax rates will be kept at the previously approved levels of 5, 12, 18 and 28 per cent.

A business entity with an annual turnover of up to Rs20 lakh would not be required to take registration in the GST regime, unless he voluntarily chooses to do so to be a part of the input tax credit (ITC) chain. The annual turnover threshold in the Special Category States (as enumerated in Article 279A of the Constitution such as Arunachal Pradesh, Sikkim, Uttarakhand, Himachal Pradesh, Assam and the other states of the North East) for not taking registration is Rs10 lakh.

A business entity with turnover up to Rs50 lakh can avail the benefit of a composite scheme under which it has to pay a much lower rate of tax and has to fulfil very minimal compliance requirements. The composition scheme is available for all traders, select manufacturing sectors and for restaurants in the services sector.

In order to prevent cascading of taxes, ITC would be admissible on all goods and services used in the course or furtherance of business, except on a few items listed in the law.

In the service sector, the existing mechanism of Input Service Distributor (ISD) under the service tax law has been retained to allow the flow of ITC in respect of input services within a legal entity.

To prevent lock-in of capital of exporters, a provision has been made to refund, within seven days of filing the application for refund by an exporter, ninety per cent of the claimed amount on a provisional basis.

In order to ensure a single administrative interface for taxpayers, a provision has been made to authorise officers of the tax administrations of the centre and the states to exercise the powers conferred under all Acts.

An agriculturist, to the extent of supply of produce out of cultivation of land, would not be liable to take registration in the GST regime.

To provide certainty in tax matters, a provision has been made for an Advance Ruling Authority.

Exhaustive provisions for appellate mechansim have been made.

Detailed transitional provisions have been provided to ensure migration of existing taxpayers and seamless transfer of unutilised ITC in the GST regime.

An anti-profiteering provision has been incorporated to ensure that the reduction of tax incidence is passed on to the consumers.

In order to mitigate any financial hardship being suffered by a taxpayer, commissioner has been empowered to allow payment of taxes in instalments.