Government to forgo tax on card transactions below Rs2,000

In a bid to promote cashless transactions in its push towards a digital economy, the government says it is going to waive off service tax on debit and credit card transactions of up to Rs2,000. Finance minister Arun Jaitley is expected to table a notification to this effect in Parliament soon. 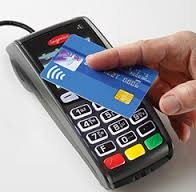 This will be applicable for both debit and credit card transactions. However, with a predominance of debit card users, the decision would benefit debit card holders more.

At present, a 15-per cent tax is levied on all card transactions.

As per Reserve Bank of India's 2015 report on digital transactions, a typical debit card transaction in India was valued at Rs1,485, while for a credit card, this amount was Rs3,089.

This means that most of the digital transactions (between 50-60 per cent) in India are actually sub-Rs2,000 in value, and this will cause a big loss for the government in terms of revenue.

Promoting non-cash transactions has also become a necessity as India has been facing a cash crunch since the 8 November demonetisation announcement. A shortage of fresh currency has forced people to line up outside banks and ATMs to withdraw cash.

Reports quoting official sources said the government has decided to ''exempt services by an acquiring bank to any person in relation to settlement of an amount up to Rs2,000 in a single transaction through credit, debit card or other payment card service.''

As of now, only known international bodies such as United Nations are exempted from service tax, which would be now extended to all sub-Rs2,000 card-based transactions.

The measure is expected to encourage cashless transactions while also helping to tide over a general lack of currency in the market.

As more people start using their debit cards, credit cards and mobile wallets, the dependence on cash would reduce.

Besides waiving off service tax, the government has recently taken two important decisions – increasing the use of point of sale machines and pushing for a cashless economy:

In order to push the penetration, the government has recently asked banks to install one million PoS terminals across their branches by 31 March 2017. There are currently around 1.5 million PoS machines with various merchants across the country.