In a move that could save many corporates from bankruptcy, the Reserve Bank of India (RBI) has loosened the asset classification criteria for banks' restructured loans, providing more leeway for companies stuck with unpaid loans to get fresh bailouts. 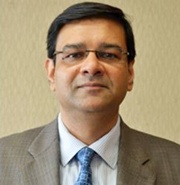 While the move would give more time for banks stuck with bad loans to restructure their asset portfolio, it is also possible that corporate borrowers could also escape bankruptcy under the revised classification of restructured stressed loans.

The relaxation in asset classification provided under the Scheme for Sustainable Structuring of Stressed Assets (also called as S4A) - a scheme introduced by the central bank in June with some relaxed conditions – could see a surge in bad loan restructuring.

Under the S4A scheme, banks will be allowed to classify a certain portion of the loans they restructured as standard asset, opening up the possibility of more bailouts for companies.

The RBI said that banks need not classify the sustainable part of the restructured loans as bad, acting upon requests from lenders that have taken up cases for resolution. The new rule would lessen the bad loan burden on banks' balance-sheets.

Under this scheme, loans that companies find difficult to service can be restructured, providing for easier loan covenants like a longer repayment tenure, waiving off a part of the debt so that companies are able to service their debt.

The scheme allows banks to divide their stressed debt into two parts - sustainable which the company will service and unsustainable that the banks can convert into equity or quasi-equity like structures. The sustainable debt can now be classified as a standard asset.

When a borrower fails to make the scheduled repayments, both interest and principal for a period of 90 days, the loans are classified as NPAs or non-performing assets. An NPA classification invited higher provisions or capital that banks will have to set aside as buffer.

RBI governor Urjit Patel has called for more dexterity and imagination in handling bad debt. "NPAs will require skill" and "endeavour to resolve", he had said.

"There are four stages. The identification, recording, and reporting of this subject has been done satisfactorily. But the resolution, which is the fourth leg, is something that we need to work more (on)," he said.

Total stressed assets (restructured plus non-performing assets) of banks in the country stood at 11.5 per cent of total outstanding loans of around Rs75,00,000 crore as of end-March 2016, with the public sector banks leading the strain at 14.5 per cent.