India is in the process of transforming its tax laws to make them more predictable and to bring about a greater degree of stability in the taxation regime, thereby leaving little scope for discretions, finance minister Arun Jaitley said on Thursday. 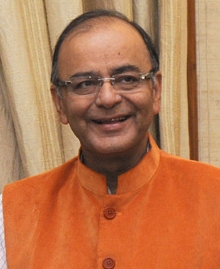 "It has been our effort in India to gradually transform and change most of our taxation laws, put to rest various disputes and issues which have been pending and make sure that the scope of discretions is eliminated and there is a greater degree of stability and predictability as far as taxation laws are concerned," Jaitley told a conference on legal matters being held in Singapore.

In a video message to the inaugural of a global conference on legal matters being held on 21 and 22 January in Singapore, Jaitley noted that the government is conscious of investors' preference for stability and certainty of laws.

"One major step needed to increase the ease of doing business is to reduce inter-state variation and the barriers to inter-state trade," Jaitley told delegates from 40 countries attending the conference on 'Doing Business Across Asia: Legal Convergence In An Asian Century'.

In several areas, the Indian government has put out a model law encouraging their adoption by the states. "The proposed Goods and Services Tax is a major step in this direction," he said, adding that once the GST is implemented the net impact of the GST, there will be a seamless transfer of goods and services across the country.

"There will be uniformity in taxation rates, there will be much greater compliance and obviously certainty... it's going to help India's GDP," he said.

The GST bill, however, has been pending in the Rajya Sabha since the past three sessions and is still embroiled in a dispute with the opposition Congress Party, which wants a constitutional cap of 18 per cent on the tax, with no additional cess on it.

Jaitley also assured the investors that India was "seeking to bring about convergence (of laws) among the states in India too".

At the same time, he pointed out that an artificial or coerced push to convergence can backfire, citing the experience of the banking regulation in the European Union.

"If India despite its massive population and unparalleled diversity has remained strong and united political and economic unit, it is partly because of the freedom given to states to be diverse in their laws and regulations.

"Some degree of divergence in practice also allows for experimenting with multiple models," he said.

"The fact that India's central bank did not fully subscribe to the then global consensus of free flows of financial capital, is credited with insulating India from the global financial crisis of 2008,'' he added.