US Supreme Court favours Barclays in $4-bn dispute with Lehman 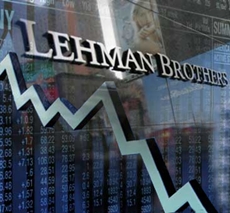 The disputed assets relate to Barclays acquisition of the bulk of Lehman's brokerage business at the height of the 2008 global financial crisis (See: Barclays in talks to acquire Lehman's securities business).

Lehman was the fourth-largest US investment bank with assets of $639 billion when it filed for chapter 11 bankruptcy in September 2008 following the sub-prime mortgage crisis, and became by far the largest insolvency in the nation's history.

The Supreme Court denied an appeal filed by Lehman, upholding the ruling of the US second circuit court of appeals in August 2014, which affirmed an earlier district court decision that went in favour of the British bank.

In December the trustee for the liquidation of Lehman James Giddens appealed the lower courts' decisions to award $4-billion of disputed cash assets, aiming to recover money for the brokerage's creditors.

He argued that allowing Barclays to keep the $4 billion could broadly inflict long-term damage to the section of the bankruptcy code that allows a trustee to sell a debtor's assets outside of the ordinary course of business.

In September 2008, US bankruptcy judge in ManhattaJames Peck approved Barclay's purchase of most of Lehman's brokerage business. The dispute over certain cash assets with Lehman cropped up soon after Barclay's acquisition (Barclays wins dispute over assets from Lehman acquisition).

The row was over the margin assets held by third parties to support Lehman exchange-traded derivatives business.

Another $1.9 billion of clearance box assets was also under dispute, but not included in the Supreme Court appeal.

Through a ruling by Judge Peck in 2011 Barclays was awarded the clearance box assets but not the margin assets. However, a further decision by the Manhattan court in 2012 entitled Barclays to both the assets including the margin assets.

"We are disappointed but remain focussed on continued progress in winding-down and closing out" the Lehman Brothers estate, said Kent Jarrell, a spokesman for Giddens.

"The trustee appropriately reserved for the Barclays litigation, so the decision does not impact distributions already completed or assets on hand for potential additional distributions to unsecured general creditors," he further stated.