A new report by the United Nation's Intergovernmental Panel on Climate (IPCC) has sounded a grave warning that the world is dangerously close to runaway warming and that humans are "unequivocally" to blame. 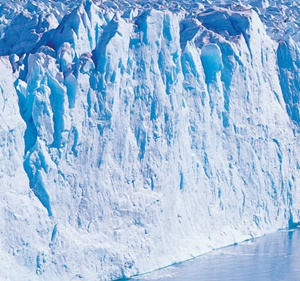 The first part of the Sixth Assessment Report (AR6) 'Climate Change 2021: the Physical Science Basis’ of the IPCC says that every region of the world is seeing irreversible damage due to climate change and that there are "no pathways" to contain global temperature rise to less than 1.5°C in the next few decades without crossing that threshold later.
The report says, increasing heat waves and droughts, increased rainfall events and more cyclonic activity are likely to occur across India and the subcontinent over the next few decades.
“The observed mean surface temperature increase has clearly emerged out of the range of internal variability compared to 1850-1900. Heat extremes have increased while cold extremes have decreased, and these trends will continue over the coming decades,” it points out.
The report, however, says that it may be possible to bring down global temperatures after crossing that threshold by the end of the century.
The report says that the average increase in global temperature has already reached levels of 1.1-degree Celsius and that it could cross the 1.5-degree C (2.7 degrees Fahrenheit) warming threshold within the next 20 years, unless immediate, rapid and large-scale action is taken to reduce emissions.
Emissions “unequivocally caused by human activities” have already pushed the average global temperature up 1.1C from its pre-industrial average -- and would have raised it 0.5C further without the tempering effect of pollution in the atmosphere, the report says.
Greenhouse gas levels in the atmosphere are already causing deadly heat waves, gargantuan hurricanes and other weather extremes and are enough to guarantee climate disruption for decades if not centuries, the report warns.
UN Secretary-General António Guterres described the report as a "code red for humanity" and called for an early end to the use of coal and other highly polluting fossil fuels.
“The alarm bells are deafening,” Guterres said, adding, “This report must sound a death knell for coal and fossil fuels, before they destroy our planet.”
"Every bit of warming matters," said IPCC co-author Ed Hawkins, a climate scientist at the University of Reading in Britain. "The consequences get worse and worse as we get warmer."
Greenland’s ice sheet is "virtually certain" to continue melting, and raising the sea level, which will continue to rise for centuries to come as the oceans warm and expand.
It is already too late to prevent these particular changes. The best the world can do is to slow them down so that countries have more time to prepare and adapt.
“We are now committed to some aspects of climate change, some of which are irreversible for hundreds to thousands of years,” said IPCC co-author Tamsin Edwards, a climate scientist at King’s College London. “But the more we limit warming, the more we can avoid or slow down those changes.”
The new report makes clear that the global warming experienced to date has made changes to many of our planetary support systems and are irreversible on timescales of centuries to millennia.
The oceans will continue to warm and become more acidic. Mountain and polar glaciers will continue melting for decades or centuries.
Sea levels will rise, depending on the different levels of emissions. Scientists estimate a rise of around 2 metres by the end of this century and by 5 metres rise by 2150, if the warming continues unabated.
Such a scenario would threaten many millions more people in coastal areas with flooding by 2100.
The IPCC report comes just three months before the UN climate conference, COP26, to be held in Glasgow, Scotland.
The report draws on more than 14,000 scientific studies to give the most comprehensive and detailed picture yet of how climate change continues to disrupt the natural world.
While nations have pledged to cut emissions, actions have been inadequate for bringing down the level of greenhouse gases accumulated in the atmosphere.
British Prime Minister Boris Johnson, whose country will host the climate conference, said the next decade would be "pivotal" to securing the future of our planet:
"I hope today’s IPCC report will be a wake-up call for the world to take action now, before we meet in Glasgow in November for the critical COP26 summit."
MORE REPORTS