Draft EIA notification seeks to do away with environment protection: critics 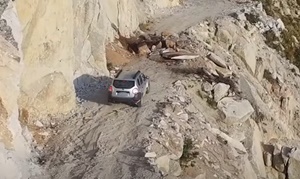 Instead of overhauling the environmental clearance system, the ministry proposes to leave environment protection to be decided by the needs of industrial and infrastructural projects.
Critics point out that the draft EIA notification fails to acknowledge the grave ecological crises that the country is facing and is legally untenable as it does not conform to the Environment (Protection) Act 1986.
While the parent Act requires the centre to take measures to protect and improve the environment, the draft EIA notification tries to undermine the Act by reducing the scope of the scrutiny of impact assessment, which will prove detrimental to the environment, they say.
The proposed mechanism to deal with violations is more worrying as it allows the government to grant an ex post facto environmental clearance to projects that have commenced illegally without a clearance by imposing a fine.
The draft completely overlooks climate change and related considerations.
It also overlooks the rights of project affected by doing away with the public consultation process, which is already weak and unsatisfactory, and even reduces access to relevant information for project-affected persons.
There is no prescribed standards to ensure some semblance of ensuring proper decision making, particularly by the expert appraisal committees which perform the critical function of independent evaluation of projects.
Meanwhile, several users have complained that as the deadline for comments and feedback on the draft of Environmental Impact Assessment 2020 (EIA 2020) neared, their emails are returning due to an ‘invalid recipient address’. The emails sent to the official address provided by the union ministry of environment, forest and climate change (MOEFCC) eia2020-moefcc@gov.in are bouncing back to the senders, forcing many users to switch to social media.
The draft of the EIA 2020, which proposed numerous changes to the existing EIA rules, was notified in March.  The deadline to send in comments and feedback was extended to 11 August 2020 following a Delhi High Court order to provide enough time for the general public to respond.
Environment minister Prakash Javadekar said on Monday that there was no point in raising objections to the draft as it is not a final notification. He also noted that it was kept for public consultation for 150 days because of Covid-19. Otherwise it is only 60 days as per rules.
Javadekar said the environment ministry has received thousands of suggestions which it will consider before coming out with the final draft.
“We have received thousands of suggestions which we welcome. We will consider those suggestions. Then take a call and come out with the final draft. So people jumping just on the draft is not fair practice. Those who want to now protest, took many of the big decisions without consultations during their regime. It is unnecessary and premature. I have mentioned it in my letter to (Congress leader and former Union minister) Jairam Ramesh,” he said.
Congress MP Jairam Ramesh who heads the Parliamentary standing committee on science and technology, environment, forests and climate change, technology has been one of the strongest critics of the draft EIA.
MORE REPORTS