The Conference of Parties to the UN summit on climate action (COP25) declared failure on Sunday, after failing to act on 2019 goals, parties to the conference made fresh call for action to mitigate climate change, and called for strengthened urgency for bridging the emission gaps in the new  2020 climate plans. 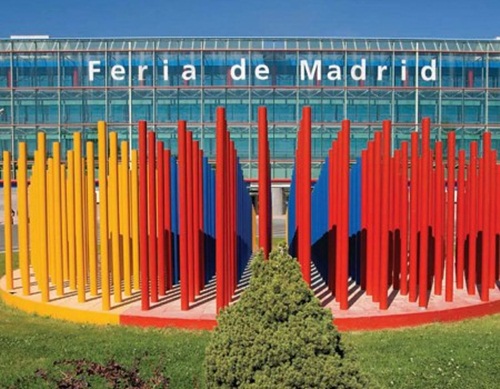 “COP25’s final decision text “re-emphasises with serious concern the urgent need to address the significant gap between the aggregate effect of Parties’ mitigation efforts in terms of global annual emissions of greenhouse gases by 2020 (…)”, at the same time that it “stresses the urgency of enhanced ambition in order to ensure the highest possible mitigation and adaptation efforts by all Parties,” reads the a text issued by the COP25 on Sunday morning.
The text, however, is vague in stating, “in light of climate urgency encourages parties to submit enhanced NDCs in 2020”.
Negotiators failed to reach an outcome on carbon markets. In the final hours of negotiations, over 30 governments joined behind the San Jose Principles in an effort to preserve the integrity of carbon market rules and prevent loopholes and the ability for double-counting carbon credits.
Santiago network established to lead more work on implementation to minimize, avoid and recover from loss and damage. However, the final text is weaker than the previous version.
In term of finance, it “urges” scale up of support by developed countries and other Parties in a position to do so, as well as private and non-governmental organisations, funds and other stakeholders; but then only invites the Green Climate Fund (GCF) Board to continue providing resources for loss and damage, and invites it to take into account, within its mandate, the strategic work streams of the WIM executive committee.
Governments have failed to respond to the emergency of the climate crisis as the talks fell victim to major differences between countries that are proving hard to resolve.
Observers of the summit in Madrid held G20 countries – especially with the US, Brazil, Australia, Saudi Arabia – and major oil, gas and coal companies responsible for undermining the climate ambition and blocking the progress for better response to this global challenge.
Canada, Japan, China and India were also faulted for their complacency as they failed to support vulnerable nations in the face of brutal impacts and push for a more robust collective response in 2020.
The EU tried to play its role as bridge-builder between developing and developed countries. However, it will take a major diplomatic push and bigger leadership alliance to deliver substantial outcomes at COP26 in Glasgow.
The United Nations is expected to begin new work on the ocean and climate change and consider measures to strengthen mitigation and adaptation action, while also considering related climate change action on land.
According to the UN, the next 14 months are critical for global efforts to control greenhouse gas emissions, which hit a record high in 2018. Under the Paris Agreement, governments agreed to update their climate plans by 2020.
UN Secretary-General Antonio Guterres said he was "disappointed" by the results of a major UN climate summit in Madrid, calling it a missed opportunity to tackle the global warming crisis.
Guterres issued the statement as the COP25 concluded its marathon meeting voicing "the urgent need" for new carbon cutting commitments but falling well short of what was required.
"I am disappointed with the results of COP25," Guterres said. "The international community lost an important opportunity to show increased ambition on mitigation, adaptation and finance to tackle the climate crisis."
COP25 brought together representatives of nearly 200 countries to finalise implementation of the 2015 Paris Agreement to limit the rise in global temperatures to less than two degrees Celsius (3.6 Fahrenheit).
But the talks risked collapsing on Saturday after all-night negotiations left countries more divided than ever over on how to fight global warming and pay for its ravages.
Competing national interests proved insurmountable despite global calls for action in the face of extreme weather phenomena and increasingly dire warnings from climate scientists.
"We must not give up and I will not give up," Guterres said.
"I'm more determined than ever to work for 2020 to be the year in which all countries commit to do what science tells us is necessary to reach carbon neutrality in 2050 and a no more than 1.5-degree temperature rise.
MORE REPORTS