Rajya Sabha MP Sachin Tendulkar, the retired cricketer who has become a legend in his own lifetime, has written to Maharashtra chief minister Devendra Fadnavis urging him to ensure that toll plazas on roads do not become a ''menace''. 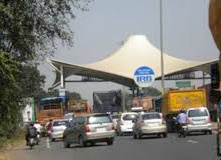 Tendulkar has often been accused of being an 'absentee MP' with little interest in public affairs; his proactive letter over a headline issue should help mitigate this criticism.

In his letter dated 20 February, Tendulkar has taken up issues concerning the operation of toll plazas in and around Mumbai, which cause traffic snarls and act as bottlenecks, and requested the CM to address them "to reduce the physical and mental toll on citizens".

Listing the problematic toll gates along the periphery of the city, Tendulkar has mentioned the addition of the toll plaza at Kharghar, which has been a sore point with citizens, saying there is a need for a re-look at the number of toll points.

"With the growth of the city, there is a lot of travel that happens from the satellite townships, especially Vashi and Thane. In this context, there is a need to relook at the number of toll gates rather than keep adding to the list. These tolls have become major road blocks resulting in traffic snarls, burning precious fuel and adding to the pollution levels," the MP says in his letter.

The letter also focuses on the recent hike in toll charges leading to traffic congestion at toll gates due to shortage of change.

Tendulkar has also raised the issue of the quality of toll roads. "It is also pertinent to point out that while toll is collected, there is no quality control on the roads with the roads leading to Vashi and Airoli bridges being cases in point," the letter states.

Tendulkar has also highlighted the need to "invest in technology to help alleviate the limitations of collecting toll, including using Radio Frequency Identification (RFID) enabled cards within India and other similar solutions in use in other parts of the world".

Tendulkar has also requested the chief minister to ensure that there is a dedicated and open lane for ambulances, regardless of traffic and time of the day.

The ace batsman concludes his letter by requesting the chief minister to take up the issues brought up by him to "reduce the anguish of citizens".