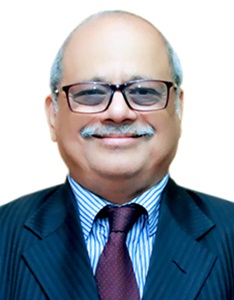 According to an official communique, the four judicial members appointed by the President include former Allahabad High Court Chief Justice Dilip Babasaheb Bhosale, former Jharkhand High Court Chief Justice Pradip Kumar Mohanty, former Manipur High Court Chief Justice Abhilasha Kumari and current Chief Justice of Chhattisgarh High Court Justice Ajay Kumar Tripathi.
The non-judicial members are Maharashtra Chief Secretary Dinesh Kumar Jain, retired IPS officer and ex-DG of Sashastra Seema Bal Archana Ramasundaram, retired IRS official Mahender Singh and retired IAS officer I P Gautam, who is currently the full time managing director of Gujarat Metro Rail Corporation (GMRC) Limited.
A selection committee headed by Prime Minister Narendra Modi had on Monday approved the selection of the Lokpal and members for its team.
Besides Prime Minister Modi, the selection committee had Lok Sabha Speaker Sumitra Mahajan, Chief Justice of India Ranjan Gogoi, and senior advocate Mukul Rohatgi as other members.
Leader of the opposition in the Lok Sabha and Congress member, Mallikarjun Kharge, who is part of the committee, did not attend the meeting.
Justice Ghose’s name was among the top 10 names that was shortlisted by the Lokpal Search Committee.
After retiring in May 2017 from the Supreme Court, Justice Ghose joined the National Human Rights Commission.
Justice Ghose is a former judge of Calcutta high court and has also served as the former chief justice of Andhra Pradesh high court.
The Supreme Court, while hearing a PIL filed by advocate Prashant Bhushan for NGO Common Cause, on 4 January, had impressed upon the need to appoint a Lokpal at the earliest, saying “much time has elapsed, something needs to be done”.
The central government on Thursday told the Supreme Court that much progress had been made in the process of appointing of a Lokpal and urged the court to dismiss a PIL demanding court intervention to ensure that the anti-corruption ombudsman be appointed.
Attorney General KK Venugopal said the lists of candidates to be considered for appointment as chairperson of Lokpal and for appointment of other judicial and non-judicial members were ready. These will now be considered by a high-power panel. He urged the bench, led by CJI Ranjan Gogoi, to dismiss the petition seeking court intervention to hasten the Lokpal appointment.
The Lokpal Act, which envisages the establishment of a Lokpal at the centre and Lokayuktas in states to look into cases of corruption against certain categories of public servants, was passed in 2013 and notified on 16 January 2014.
The selection of the first Lokpal comes nearly five years after the Lokpal Act was notified.
The search committee was constituted on 27 September 2018, after the Supreme Court’s intervention and former Supreme Court judge Ranjana Prakash Desai was nominated to head it.
Also, since there was no designated leader of opposition in the Lok Sabha, the government decided to invite Mallikarjun Kharge, leader of the Congress in the House, to meetings of the selection panel but as a “special invitee”.
Kharge, however, refused to attend the Lokpal selection panel’s meeting as a “special invitee.”
He insisted that he would attend the meeting only if changes are made in his status and even wrote a letter to the PM seeking amendments in the Lokpal Act to facilitate the participation of the opposition in the Lokpal’s selection process.
MORE REPORTS