The Central Bureau of Investigation, seeking to reopen the Bofors scandal 12 years after the Delhi High Court quashed all proceedings against the Hinduja brothers in the case, has sought government permission to challenge the 2005 ruling in the Supreme Court. 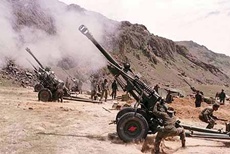 In a letter to the government, the CBI has sought permission to file a Special Leave Petition against the High Court ruling quashing the First Information Report in the alleged scam. This will effectively overturn the stand taken by the previous United Progressive Alliance government.

In a letter to the Department of Personnel and Training (DopT), the CBI conveyed that it wanted to file the SLP challenging the Delhi High Court order of 31 May 2005 quashing all charges against the Europe-based Hinduja brothers in the case.

The CBI, in a 22 June note to the Central Agency Section of the Department of Legal Affairs, Ministry of Law and Justice, stated that it did not file the SLP since it did not get permission from the then ''competent authority''.

''The CBI as the investigating agency was of the view that SLP should be preferred against order of the Delhi High Court dated 31 May 2005 quashing all proceedings against Hinduja brothers. However, since permission for filing SLP was not accorded to the CBI by the competent authority, no SLP was preferred,'' the CBI's note to the law ministry stated.

On Wednesday, Union minister Smriti Irani, mounting an attack on the Congress and the Gandhis, asked the party to come clean on the alleged involvement of its leaders in the Bofors scam.

The CBI too Wednesday said it would look into the ''facts and circumstances'' of the Bofors scam mentioned.

On 31 May 2005, Justice R S Sodhi had quashed all charges against the Hinduja brothers -Srichand, Gopichand and Prakashchand - and the Bofors company and pulled up the CBI for its handling of the case, saying it had cost the exchequer about Rs250 crore.

Before the 2005 verdict, another judge of the Delhi high court, Justice J.D. Kapoor (since retired) on 4 February 2004, had exonerated late prime minister Rajiv Gandhi in the case and directed framing of charge of forgery under Section 465 of the IPC against the Bofors company.

On Wednesday, the CBI had said it would look into the ''facts and circumstances'' of the Bofors scam mentioned by private detective Michael J Hershman, who alleged that the then Rajiv Gandhi-led Congress government had sabotaged his investigation.

Hershman, who is the president of the US-based private detective firm Fairfax, claimed in television interviews recently that Rajiv Gandhi was ''furious'' when he had found a Swiss bank account ''Mont Blanc''.

Hershman, who was in India last week to address a conference of private detectives, alleged that the bribe money of the Bofors gun scandal had been parked in the Swiss account.

In an interview with DNA, Hershman questioned Rajiv Gandhi's intention in trying to close the case, wondering why the case had been dumped.

"The leader of a country like India - Rajiv Gandhi, since the information about corruption came to his attention ... wouldn't the right thing for him to do was to launch an investigation?" he asked.

Hershman also asserted that "those who are defensive about the investigation" often ensure that the "investigator is criticised rather than facilitate search for the truth".

On Gandhi, he said, "Immediately, there was criticism of the investigation but not a discussion on the allegations of corruption. Why was that? What did Rajiv Gandhi have to hide? That is not the way an honest man would have proceeded."

He further noted, "Here in India, we are still talking of Bofors. Let us face it, corruption has become part of the culture in India. That has to be attacked."