The Enforcement Directorate (ED) has attached properties of Sterling Biotech Ltd (SBL) and the Sandesara Group, worth Rs9,778 crore, in a case of cheating and bank fraud committed by promoters of the group. The attached properties include four oil rigs and the oilfield OML 143 located in Nigeria, held by Sterling Energy Exploration Pvt Co Ltd (SEEPCO). 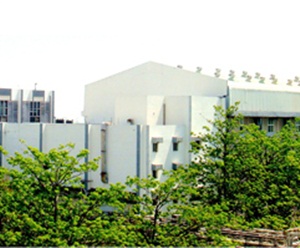 Other properties attached include ships registered in Panama and held in the name of Atlantic Blue Water Services, a business jet registered in the US and held by SAIB LLC, and a residential flat in London, say reports.
The ED is investigating a case of money laundering against the pharmaceutical company and others involving domestic and offshore branches of Indian banks in 2004-12.
The main promoters of the company — Nitin Sandesara, Chetan Sandesara and Deepti Sandesara — have been accused of siphoning bank loans for personal purposes, diverting them to their oil business in Nigeria and violating RBI rules, according to an ED statement.
The ED had, last year, attached Rs4,730-crore worth of properties of the company after the CBI registered a case in 2017 over cheating and bank fraud to the tune of Rs5,383 crore against the company and its promoters.
SBL had obtained loans – both in Indian and foreign currencies - from a consortium of lenders, including Andhra Bank, UCO Bank, State Bank of India, Allahabad Bank and Bank of India. “It is revealed during investigation that the loan funds were diverted for non-mandated purposes, layered and laundered through a web of multiple domestic as well as offshore entities. The main promoters have not only siphoned off loan funds to finance their Nigerian oil business, but also for their personal purposes,” the ED stated.
Investigations also revealed that the group extensively used shell companies for round-tripping of standby letters of credit (SBLCs) funds to the tune of Rs4,500 crore, violating RBI norms. The SBLCs later on devolved on the guarantor banks.
The promoters used multiple shell companies to conduct circular transactions to artificially inflate the turnover of flagship companies, claimed higher depreciations on non-existent machinery to avoid tax liabilities, made artificial share trading with the shell companies, and layered and laundered the proceeds of crime in India and abroad through a web of shell companies.
ED investigation has revealed that the promoters used their employees’ names and incorporated 249 domestic and 96 offshore shell companies. The ED also seized original PAN cards, stamps, seals, memorandum of association and signed blank cheque books of the shell companies from the promoters.
MORE REPORTS