US defence major Lockheed Martin Corporation on Sunday announced the signing of an agreement to acquire rocket engine manufacturer Aerojet Rocketdyne Holdings Inc for $4.4 billion, including debt and net cash, or $56 per share in cash. 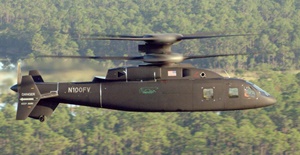 Lockheed Martin would be paying $51 per share after the payment of a pre-closing special dividend. This represents a post-dividend equity value of $4.6 billion and a total transaction value of $4.4 billion, including the assumption of net cash.
The deal is Lockheed’s biggest acquisition since Jim Taiclet took over as chief executive in June. He is seeking to beef up the company’s propulsion capabilities amid competition from new entrants such as SpaceX and Blue Origin, for space contracts with the US government.
As part of approving the transaction, Aerojet Rocketdyne announced a special cash dividend, revocable at its option through the payment date, of $5 per share to its holders of record of common stock and convertible senior notes (on an as-converted basis) as of the close of business on 10 March 2021, and payable on 24 March 2021
Aerojet Rocketdyne's complementary capabilities and skilled workforce will help Lockheed Martin achieve substantial growth in Hypersonics, Tactical Missiles, Integrated Air and Missile Defense, Strategic Systems and Space Exploration.
"Acquiring Aerojet Rocketdyne will preserve and strengthen an essential component of the domestic defense industrial base and reduce costs for our customers and the American taxpayer," said James Taiclet, Lockheed Martin president and CEO.
"This transaction enhances Lockheed Martin's support of critical U.S. and allied security missions and retains national leadership in space and hypersonic technology. We look forward to welcoming their talented team and expanding Lockheed Martin's position as the leading provider of 21st century warfare solutions," he added.
With 2019 revenue of approximately $2 billion, nearly 5,000 employees, and 15 primary operations sites across the United States, Aerojet Rocketdyne is an established aerospace and defense rocket engine manufacturer.
The proposed acquisition adds substantial expertise in propulsion to Lockheed Martin's portfolio, and expands on the solid foundation built by Lockheed Martin and Aerojet Rocketdyne over many years. Aerojet Rocketdyne's propulsion systems are already a key component of Lockheed Martin's supply chain and several advanced systems across its Aeronautics, Missiles and Fire Control and Space business areas.
The transaction is expected to close in the second half of 2021 and is subject to the satisfaction of customary closing conditions, including regulatory approvals and approval by Aerojet Rocketdyne's stockholders, Lockheed Martin said.
MORE REPORTS