Hero MotoCorp, the country's largest two-wheeler manufacturer, plans to invest Rs5,000 crore over the next two-three years to ramp up production and capacity, on the back of strong demand for its products. 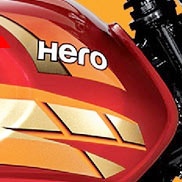 Hero MotoCorp clocked sales of over six lakh units of two-wheelers in September, marking an over 30-per cent growth over the corresponding month of the previous year, when it sold 4,68,670 units.

"We have lined up total investment of over Rs5,000 crore across the globe, including the manufacturing plants in Columbia and Bangladesh, and the new plants coming up at Gujarat (Halol) and Andhra Pradesh and the Hero Global Centre for research and design at Kukas in Rajasthan," Pawan Munjal, vice chairman, chief executive officer and managing director, Hero MotoCorp, said.

The company has invested Rs1,050 crore to set up the factory, which also has a global parts centre (GPC).

It recently inaugurated a new plant at Neemrana, Rajasthan, which will have a capacity of 7.50 lakh units per year. The combined installed production capacity of the company has now risen to 7.65 million from 6.9 million earlier.

The company said through the new GPC, it is also aiming to double its annual turnover to over Rs3,000 crore in the next two-three years.

The GPC is designed to have minimal manual intervention while significantly enhancing productivity, it said.

Hero MotoCorp is also preparing for a major push in the scooter segment, with at least three new models planned over the next year and a major production capacity increase.

"We are short of capacity in scooters and that is stopping us from increasing market share. We are adding capacity at Neemrana and will introduce new models from next year, " Munjal said.

Hero, which currently has the 100cc Pleasure and 110cc Maestro scooter models, will launch the Dash and Dare scooters next year - these will feature the first self-developed engine by Hero. It also plans to manufacture a hybrid scooter, 'Leap'.

The company currently has an annual capacity of 0.9 million scooters, which will go up to about 1.2 million by next year with expansion in plants like Neemrana.

Going forward, the company plans to develop high-end two-wheelers from this facility.

The new facilities at Neemrana are one of a kind 'garden factory' based on the core principle of sustainable development with greenery within the factories and use of solar power and rain harvesting.

The photovoltaic panels will provide around 1.5 megawatts of electricity, the company said.

"We are investing more in green technologies and our future facilities will also be on similar lines, using the green concept," Munjal said.