Hero MotoCorp looks to markets in US, Brazil: report

Riding on robust volume of 602,481 units of two-wheelers dispatched in May 2014 - its highest-ever for a non-festival period - Hero MotoCorp now plans to enter the US market in 2015 with its entry-level bikes and scooters in the 100cc to 125cc range like Splendor and Passion. 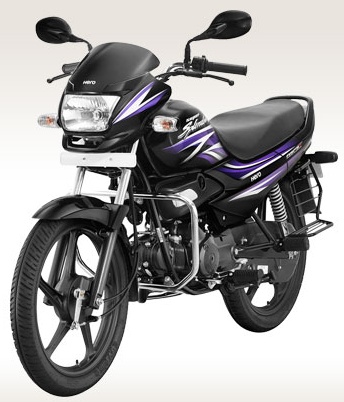 As part of its aggressive marketing push, the company also plans to enter Brazil, another key two-wheeler market, in 2016, The Financial Express reported on Friday.

The Munjals-promoted two-wheeler maker will also, at the same time, be starting its first fully-owned overseas manufacturing plant in Columbia, with a $70-million investment.

Hero MotoCorp plans to distribute its products in the US through Erik Buell Racing (EBR), its technology partner, initially importing them from India.

Hero had bought a 49.2-per cent stake in EBR, a niche sports bike maker, and is likely to take its holding up further, FE quoted Pawan Munjal, Hero MotoCorp's MD and CEO, as saying on the sidelines of the opening ceremony of the Fifa World Cup 2014.

''Our products are already going through homologation in the US, and that takes a long time. There is usually a small window for launch, so while we have showcased our products at a motor fair already, we will formally launch only next year, since we do not want to hit the market in the winter season,'' he said.

He added, ''In developed markets like the US, we are right now thinking of launching our current range of smaller displacement bikes before we add the more powerful superbikes to our range in the future. We feel there is a market for such smaller bikes, especially in the cities, and we might co-brand the product with EBR. In the future, we could raise our stake in EBR as well as the need arises.''

Hero has already started work on a $70-million plant in Colombia, its first fully-owned factory overseas that will supply to most of the region starting next year till another factory in Brazil comes up later. For now, the company is talking to potential partners for distribution support in Brazil.

''Brazil is different, since it uses ethanol as a fuel, so we are working on substantial modifications to our engines with AVL (another technical partner),'' Munjal told FE.

''We aim to launch our products here in 2016, around the Brazil Olympics and will target the huge regional market. It's a tough and a very evolved market with well-established players," he added.

Since its split with Japan's Honda Motor in 2012, Hero Motocorp has increasingly been focusing overseas for both technology and markets. In the past year, the company has started exports to around 18 new countries like Peru, Ecuador and Guatemala in South and Central America, besides countries like Kenya and Ivory Coast in Africa.

It has tied up technology with four partners - EBR, Austria's AVL, Italy's Engines Engineering and the Fiat Group's Magneti Marelli - to develop its own vehicle technologies. It has also invested Rs450 crore in a major R&D facility near Jaipur.

Hero recently announced an overseas manufacturing joint venture in Bangladesh. It has an assembly line in Kenya, which is currently run by a local partner.

It currently has four operating plants in India - two in Haryana and one each at Haridwar and Neemrana - with a fifth in Gujarat due to start operations next year.