The Pawan Munjal-led Hero MotoCorp, which has set up bases in the US and Europe is expanding into neighbouring Bangladesh and far away Latin America as the Indian two-wheeler major pushes its global sales. 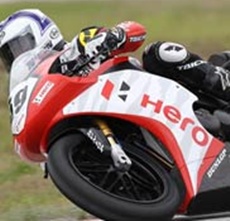 The Hero group, which broke off its alliance with Japanese two-wheeler maker Honda MotoCorp, has since been entering into technical and manufacturing alliances with companies across the globe.

Hero MotoCorp, which still holds No 1 slot in global two-wheeler sales, has finalised a joint venture with a Bangladesh-based Nitol Niloy Group to retail nearly a dozen two-wheeler models in that country.

The joint venture, which will also host Hero's first overseas manufacturing facility, is expected to be operational in the second half of 2015-16.

Hero will hold 55 per cent in the $40-million (Rs240 crore) joint venture with the remaining held by the Bangladesh company.

The new venture will have a capital expenditure of $23.2 million (Rs140 crore) in the first year and investments will be completed over a five-year period.

The JV plans 50 retail outlets across Bangladesh, with the first already having opened in Dhaka today.

"The commencement of our operation in Bangladesh is a significant milestone in our strategic global expansion plans. We are aiming to have 20-per cent market share in the first year of operation," Pawan Munjal, managing director and chief executive of Hero MotoCorp, said.

The Bangladesh expansion is a part of Hero's vision of expanding its global footprint to 50 countries by 2020.

Hero MotoCorp is also expanding its manufacturing operations to new regions like Latin America and has firmed up plans to set up a full-fledged manufacturing plant in Colombia.

The combined investment in the Bangladesh and Colombian ventures is estimated to be more than $150 million (Rs900 crore), including on brand-building.

No other Indian two-wheeler maker has manufacturing operations in Latin America or Bangladesh.

The Colombia plant will be "crucial for Hero's growth in the lucrative Central and South American markets", where it already sells its products such as Guatemala, El Salvador, Honduras and Peru, according to industry sources.

Hero MotoCorp, through its local distributor-partners, currently has assembly units in Kenya, Tanzania and Uganda in Africa.

The move to set up new manufacturing plants will help the company emerge as a strong global player in the two-wheeler industry.