Munjals to buy out Honda's stake in Hero Honda: reports 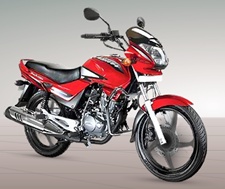 The Munjal family, owners of the Hero Group, is set to buy Honda Motor's 26-per cent stake in the joint venture Hero Honda for about $1 billion (Rs4,495 crore) or half the current market value, according to media reports.

The deal, likely to be announced before Christmas, will see the Munjal family buying Honda's stake through a special purpose vehicle (SPV) by raising a bridge loan. The Indian promoters will subsequently divest 60-70 per cent stake in this SPV to a group of two or three private equity firms to pay back the loan.

While the Munjals are acquiring the entire stake at half its current value, the stake sale to the PE firms will also be at a discount. At the last traded price of Rs1,772 per share, the value of Honda Motors' 26 per cent stake is Rs9,200 crore or $2 billion. The PE firms are likely to value the SPV at around $1.5-1.6 billion.

All the six PE firms have shown keen interest and have assured Munjals that they would remain committed for long term, a senior official of a PE firm reportedly said.

However, the second tier of the deal is not yet frozen as unlike conventional PE transactions, Munjals have asked the PE firms to bid for the stake.