Honda to sell entire stake in Hero Honda to partner for $1.2 billion

Hero Honda partners Honda Motor Co of Japan and India's Hero Group have finally decided to part ways. Honda will sell its entire stake in the joint venture to the Munjals of the Hero Group for around $1.2 billion. 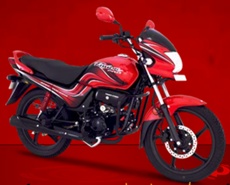 Honda and its Indian partner have reached a preliminary agreement to dissolve their alliance, Japanese news agency Kyoda quoted the Nikkei business daily as saying.

"Honda and the Hero Group have reached the basic agreement this week to dissolve the partnership," the report said, adding that the two companies will seek final approval from their respective board of directors later this month.

While Honda will end its partnership with Hero, including technical support to the JV, by March 2011, the Japanese auto giant will let its 2004 technology pact with Hero to run its full term till 2014, the report said.

Besides its joint venture with the Hero Group, Honda has a wholly-owned subsidiary in India, Honda Motorcycle and Scooter India (HMSI), and the Japanese auto giant wants to push own business here.