Airbus ups ante on USAF tanker contract, to shift production of A330F freighters to the US 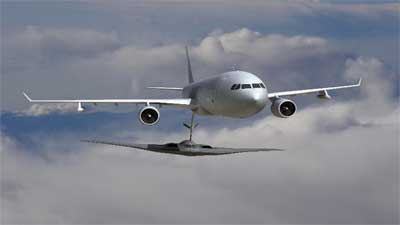 Mobile, USA: Airbus said yesterday that if the US Air Force (USAF) selects Northrop Grumman over Boeing to produce the next-generation aerial refuelling tankers, it would establish its first assembly line in the US at Mobile, Alabama, to produce both the tankers and commercial A330 freighters.

Northrop's proposed KC-30 tanker is based on the A330 airframe and it has teamed with Airbus, and its parent EADS, in an effort to wrench the USAF refuelling tanker contract. The contract, which is valued at about $40 billion, is scheduled for an award on 31 January 2008.

A bitterly contested contract, it has Boeing also in the running with a tanker based on its 767 platform.  The Air Force may place an initial order, worth $40 billion, to develop, build and maintain 179 tankers. Potential follow-on orders to replace the rest of the tanker fleet make the eventual prize worth as much as $100 billion.

Last year, Boeing almost won a $23 billion tanker contract from the Air Force until it was cancelled amid criticism of its cost and a conflict-of-interest with both Air Force and Boeing officials implicated.

The contract calls for 12-18 aircraft to be produced annually.

Airbus president and CEO Tom Enders, who along with EADS CEO Louis Gallois have been saying for long that Airbus would like to shift more production outside Europe owing to the declining dollar, said yesterday in Mobile that the A330F FAL would be "part of our larger plan to internationalize Airbus."

The site had already had been planned for the KC-30 tanker and now Airbus has upped the stake by saying that "hundreds more jobs" would be added to build the A330F freighters.

The company currently has an engineering centre in Mobile.