The defence ministry has stumbled upon yet another scam, and has ordered an investigation by the Central Bureau of Investigation (CBI) into suspected kick-backs in state-run Hindustan Aeronautics Ltd's (HAL) $1.2 billion orders with Britain's Rolls-Royce Holdings. 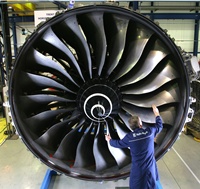 The CBI will look into the deal, involving over Rs500 crore in alleged kickbacks, that was signed in 2011, reports quoting defence ministry sources said.

The probe into the HAL deal follows the UK's arrest of Indian-born businessman Sudhir Choudhrie and his son last month in connection with a bribery investigation by the Serious Fraud Office into Rolls-Royce's dealings in China and Indonesia.

Defence minister AK Antony referred the case to CBI after being informed by HAL that Rolls-Royce had disclosed its use of outside consultants receiving a percentage commission, according to the official.

HAL's "vigilance wing" had raised the alarm after learning that Rolls-Royce had hired outside consultants.

The Choudharies, however, denied any wrongdoing and are reported to have been released on bail last month itself.

The probe relates to deals signed between 2007 and 2011, when Rolls-Royce sold aero engines to power Hawk advanced jet trainers supplied by BAE Systems to the Indian Air Force.

India has ordered 143 twin-seater Hawk AJTs with BAE Systems, which are powered by Adour Mk.871 engines of Rolls-Royce, involving an overall project cost of over Rs25,000 crore. While the first 24 Hawks were supplied directly by BAE Systems, the rest are being licensed manufactured by HAL, according to the British defence and aerospace group.

Such arrangements could violate procurement rules, as they might be used to channel corrupt payments to secure lucrative government contracts. Middlemen are banned under the Indian defence procurement system. The issue surfaced in a letter sent to defence PSU Hindustan Aeronautics Ltd (HAL) recently.

HAL has since initiated an inquiry into the entire issue after the board discussed the matter. The defence PSU's chief vigilance officer, Anurag Sahai, an Indian Revenue Service officer, said there was some prima facie credence about violations of contractual provisions and obligations. The matter was then forwarded to defence ministry for further action.

The Indian Air Force, dogged by a series of accidents involving its aging Soviet era MiG fighter jets, has been looking for fresh supplies but suspicions of corruption in state procurement programme have for years delayed the modernisation of the forces.

The scam is yet another blow to the Congress party-led government, which is already facing rising public anger over a string of corruption scandals in its current term.