Airbus sets up subsidiary in India

European aircraft manufacturer Airbus is regrouping its activities in India through the creation of a fully-owned subsidiary, Airbus India, based in Bangalore, and customer service centres in Mumbai and Delhi, to manage the company's significant presence in India and further consolidate its market share. 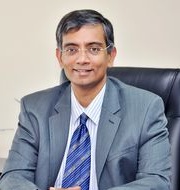 The new Airbus India organisation will build on the success of the Airbus Engineering Centre India (AECI) in Bangalore.

Airbus India will also include strategy, customer services and procurement teams under one organisation besides a maintenance repair and overhaul (MRO) capability to be established at a later date, the company stated in a release.

Airbus has appointed Srinivasan Dwarakanath (Dwaraka) as CEO of Airbus India and Charles Champion, EVP Airbus Engineering and member of the Airbus executive committee as chairman of Airbus India.

The existing Delhi Airbus liaison office will remain under the charge of Ajay Mehra.

''Partnership is the binding ingredient for success, and the establishment of Airbus India underpins our strategy to foster even closer ties,'' said Dwaraka, CEO of Airbus India.

''Building on our significant engineering presence in India the new company structure will add a strong customer facing element making us more agile, bringing us closer to stakeholders, suppliers, and also to new talent. The Airbus India organisation will foster innovation, respond quickly to growth and to seek out new cooperation opportunities in India.''

''India has one of the world's greatest aviation growth potentials and with an abundance of engineering talent is a strategically important market,'' said Kiran Rao, Airbus EVP Strategy and Marketing. ''Airbus has been extending its industrial cooperation partnerships with India since the early 1970s, and today Indian engineering and manufacturing companies nationwide representing more than 5,000 people, contribute to all Airbus aircraft programmes.''

Dwaraka was responsible for setting up Airbus' industrial footprint in the region, including the Airbus Engineering Centre India (AECI) and Airbus Training India (ATI) both located in Bangalore. Today, there are some 30 Indian suppliers working on Airbus programmes and manufacturing parts for every aircraft model.