Researchers at the Colorado State University in the United States have developed a new technology that allows them to probe cell changes without disturbing the cell's physiology – an advancement that helps scientists look more closely at cell changes to understand human health, according to a new paper in Cell Reports. 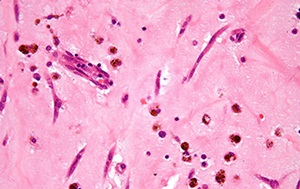 The research was carried out by professor Soham Ghosh of Colorado State University, professor Corey P Neu of the University of Colorado at Boulder, and others.
The researchers used a technology, known as deformation microscopy, that allowed more accurate study of the interplay between the nuclei of heart and skeletal muscle cells and their mechanical environment. In the future, the technology can also be used to investigate the response of other cell types, including cartilage and cancer cells, the National Science Foundation stated in a report.
A National Science Foundation Faculty Early Career Development award to Neu helped support the research. Neu received funding from the foundation's Directorate for Engineering to apply advanced microscopy, image registration and molecular biology methods to study the biomechanics of the cell's nucleus, it added.
"NSF invests in biomechanics and mechanobiology research to help us better understand and model processes within cells," says Michele Grimm, NSF program director for Biomechanics and Mechanobiology. "What we learn can lead to advances for cellular manufacturing, tissue engineering and medical tools and treatments."
MORE REPORTS