Delving into the world of Beauty Pageants

Ajay Monga is the writer of critically acclaimed films, such as Fashion and Corporate, which earned him nominations iiiiiiifor several prestigious awards in the film industry. He currently resides in Mumbai.

In this interview with Swetha Amit, Ajay talks about the idea behind his book, difference between scriptwriting and authoring a book and the world of beauty pageants. 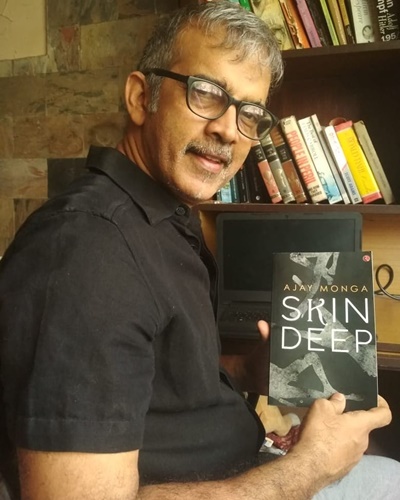 1.What inspired ‘Skin deep’? How did the idea initially come about?
The trigger for the idea behind this book was the 2006 Miss India Beauty Pageant. Since I was writing the script for the movie Fashion, I was researching on the subject. I only had surface level knowledge about this field and attended this event as my research ground. There were a lot of preliminary events before the finals so I had accompanied Madhur Bhandarkar, met contestants and judges. I was amazed at the level of investment and commitment that these contestants put in that they are oblivious to the world outside beauty pageants. In fact, when the finalists were announced, the girls who didn’t make it were shattered beyond belief. When I talked to these contestants who didn’t make it, the idea somewhere materialized.  I wrote it as a film script and the reverse adaptation became a book.
2.You have also written scripts for successful Bollywood films like Fashion and Corporate. How different is it writing a book?
Screen writing and novel writing are as different as chalk and cheese. While the basic story creation in terms of characterization, plot and the creating the graph is similar, the fleshing out process is very different. In fact, at one point, I almost gave up writing my novel as the research process involved was so extensive and time consuming. In a script, I have the help of a visual medium to create that world in a person’s mind. However, in a novel, I have to create that world that will enable the reader to visualize it.
3.Your book explores the dark side of the beauty world. Despite its dark side, what is it that still lures millions into this world of pageants?
The lure is there because this platform gives them an opportunity to showcase themselves. The visibility for a pageant winner is really huge as overnight she becomes a household name. She is chased by several brands for endorsements and this is also a stepping stone for the Indian Film industry. Some of the pageant winners like Priyanka Chopra and Sushmita Sen made it big in films. So, the fame and recognition that comes with being a pageant winner gives them a lot of brownie points.
4.One of your characters is shown to battle orthodox and fundamentalist views of her family with regards to beauty pageants. Do you think things have changed now?
Sadly, from whatever I have seen, things haven’t changed much at least not in the Muslim community. Urban Muslims are a bit more open but overall, I feel that this community has an orthodox view with regards to beauty pageants. They feel that by letting their women out there, they will spoil the sanctity of their religion. For them, women are the embodiment of purity. In fact, the character of Sania in my book has been inspired from a girl who actually went through all this in real life. It was the same case with the Marwari community and this attitude is still prevalent in some of the small towns. I feel that the men from these communities travel the world, eventually marry girls who have been sheltered throughout their lives. Sadly, there is a big disparity and I hope that changes.
5.Even though your character Sania won the title, she was shown to battle with some issue or the other. Do you think success and fame come at a price?
It has been proved time and again. The more successful you are, the more you come into the limelight. The number of detractors increase and you tend to get trolled a lot more. Success also brings a lot of misery that way. However, if you can manage success well, it becomes an exponential factor in your growth. I’d definitely say that success and fame come at a price and its worth the price. Somewhere people yearn for success as they want to rise above everybody else. 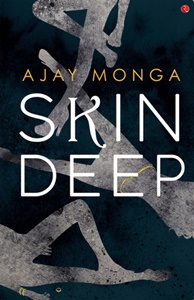 6.A pertinent line in your book states how the world is convoluted for a humble person. Would you consider humility as a bane or a boon?
I’d say humility is a boon. I would never call it bane. It does give you some temporary setbacks but ultimately humility wins. It can ever be overlooked. If you have humility, you have a virtue which will make you an underdog for some time. But you will ultimately get that space to prove yourself which will eventually win you hearts. If you are arrogant, you would have created a lot of expectations around you. Humility makes you a lot more acceptable.
7.Another line states that if you want to be accepted by another person, you should be able to accept your own state of mind. How relevant is this in the beauty business?
I feel this is more the law of the universe. Only when you find acceptance within yourself, you can find acceptance with outsiders. No one can break this law. You might find a temporary spike when you break this law but ultimately it doesn’t last long.  With regards to the beauty business, most of these girls who are trying to impress others, they at least have a sort of pseudo acceptance. They have accepted and regard themselves as beauty Queens. All they have to do is to market their beauty to the outside world. Only when I am convinced of something, will I actually try and do that. Now whether the outside world accepts you or not is a different story altogether.
8.What were your learnings while penning down this book?
One is never make timelines. In 2008, I said I’ll write a novel. After that, I kept itching my script to filmmakers but somehow couldn’t close the deal. I feel keeping up with timelines are tough especially since there are numerous variables. Things happen only when they are destined to. Another thing that I learnt was to keep working and putting in effort and God will take care of the rest.
9.Lastly any more books inthe pipeline?
Well yeah there are quite four books in the pipeline. Three of them are reverse adaptations of my screenplay. The other one is a nonfiction book. They will all be released within the next one or two years.
MORE REPORTS